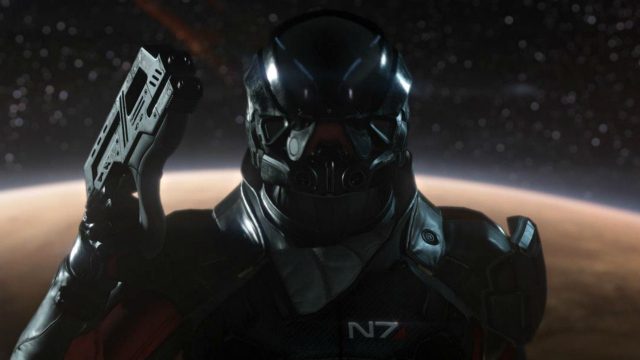 Tech enthusiasts were in for a treat at the Consumer Electronics Show this year as NVIDIA unveiled their 144Hz G-sync displays capable of 4K content as well as HDR support. Not only does this news sound exciting but it also means that they will be heavily put to strain by gamers by playing on them.

Aaron Flynn, the main figure of BioWare announced that the new Mass Effect: Andromeda will come with HDR10 support as well as Dolby Vision. The game is scheduled to be release sometime in March as their developers are not in a hurry to release it yet. Mass Effect: Andromeda has been in the works for 5 years now and has fans around the world highly anticipating it.

The game is rumored to be one of the most successful one which is going to be released this year and PC enthusiasts will surely be in for some quality action. Not only does this game has attracted a lot of fans with its previous trilogy but this all new series is set to deliver even more punch.

HDR10 support is potentially one of the biggest improvements a game could receive and if one has a pair of GTX 1080 Ti graphics cards and a 4K HDR display at 144Hz he should be prepared to enjoy some high quality content.

Mass Effect: Andromeda is set to hit the shelves on the 21st of March in the US and on the 23rd in Europe and the new series is set to become the most ambitious project that the guys from BioWare have ever embarked in. The game was developed on the Frostbite game engine and those who are lucky enough to have a high-end gaming device will surely enjoy its content to the fullest extent.

The new series will put its players in the position of making of choice of two characters which are named Scott and Sarah Ryder. They will both have a big impact in the game’s development regardless of your choice. We can only wait for the new Mass Effect: Andromeda to hit the shelves and not only does the news that the game will support HDR10 as well as Dolby vision is a great addition but it also means that it will blow away all of the competition.