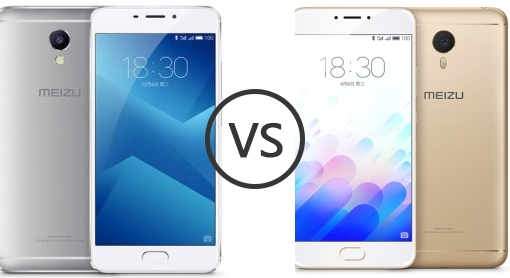 The smartphone industry is the most competitive one in the world. What makes it so interesting is that new players join in the race every year while the already existing companies keep launching new devices every month. While many tech companies have been trying to take the smartphone market by storm, there’s one that stand out the most. We are talking about the Chinese manufacturer known as Meizu.

The Chinese manufacturer launched Meizu M5 and Meizu M5 Note during 2016 and both of them have been highly successful. These smartphones are the company’s flagships, meaning that they are the best Meizu has to offer. Today we’re going to compare them against each other and see what sets them apart as we’ve seen a glimpse of such comparison on Droidhere.

Obviously both of them can be acquired for different prices. The entry level Meizu M5 can be acquired for the cheap price of $100. We think it’s safe to say that the device’s strongest point is that it’s so cheap. On the other hand, the premium Meizu M5 Note costs $150. Now let’s take a look at their performance and see if it’s worth paying an extra $50 for M5 Note.

Right from the start we can see one major difference. Meizu M5 ships with a 5.2 inch display that has 720p resolution. M5 Note comes with a slightly bigger 5.5 inch panel that has a higher 1080p resolution. Regarding hardware performance, the M5 is powered by an octa-core Mediatek MT7650 chipset. The processor clocks at 1.5GHz and its coupled with 3GB of RAM. The premium M5 Note is fueled by an octa-core Mediatek MT6755 Helio P10 chipset. This processor is more powerful being clocked at 1.8GHz and it’s also paired with 4GB of RAM.

Even though we only went over M5 and M5 Note’s display and hardware specs, we can clearly see that there are quite a few big differences. We think it’s safe to say that M5 Note is worth the extra $50. Users will be provided with impressive hardware performances and a higher pixel resolution for the cost of only $50. Nonetheless, the standard Meizu M5 is still a good choice.