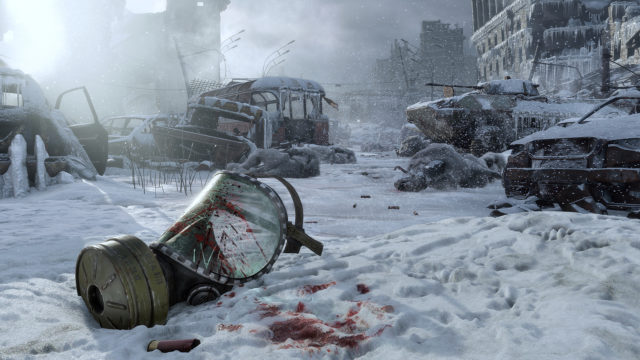 There are some interesting new details on Metro Exodus. Developer 4A Games have talked about gameplay, visual features, weapons and more.

An interview with the developer appeared on Reddit, and it was posted by ‘Doit4TehLulz’. That’s where we discovered that Metro Exodus will be full of enemies, but it will also have a lot of weapons to kill with. And that’s not all! The base weapons can get up to 5 attachments. And here’s the thing: you must holster your weapon to let NPC’s know that you’re peaceful.

Aside from the open areas, you will see that there are lots of rewards you can win from a huge amount of side quests. You will win gear and moral points.

Another interesting thing is the ability to play in 4K with HDR on Xbox One. Let’s see how they’ll do it.

‘Shinobi602’ has shared some details on the visuals for the new Metro and it seems like we’re going to experience the game in 4K with HDR on the Xbox One X. And that’s not all, as 4A Games uses Physics-based rendering and they’ll impress us with cinematics and full facial capture, with sim AI biomes, a new improved lighting system and a lot more.

Stay tuned for more updates on Metro Exodus, as there might soon be more interesting details. It’s been a year since 4A Games have stated that the game will look amazing, considering it will use the power of the Xbox One X.

We’re going to experience the new Metro later this year, and we can play it on several platforms: Xbox One, PS4, and PC.