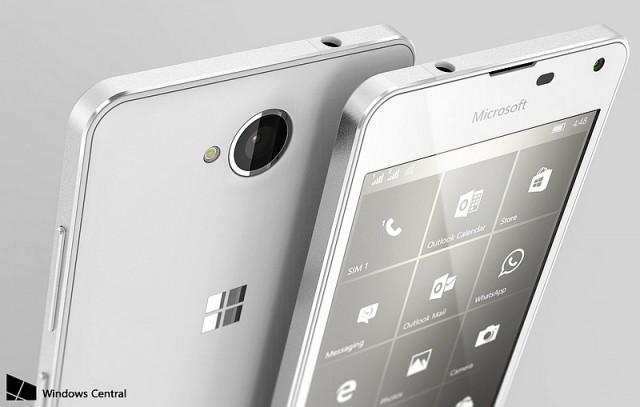 Microsoft has been a company which has had success at every turn that they took in their business. They have arguably the most successful Operating System in the world of technology. The Windows Operating System has been the people’s favorite for over a lot of years.

Recently after acquiring Nokia, Microsoft has been looking to get into the hardware market with the likes of mobile phones, tablets and most recently the laptop. Nut so far it is not a surprise that Microsoft who is used to doing extraordinary have done rather average in the mobile phones market which is dominated by the Apple.

According to latest rumors, Microsoft is looking to launch the Lumia 650 sometime in January or February in the coming year. It is said that the Lumia 650 will be for business use. The Lumia 650 is yet unannounced, but its images have already popped up on the internet. The new mobile phone’s existence has been corroborated by a window’s cross – promotion ad network known as AdDuplex. The AdDuplex also tracks mobile distribution for Microsoft.

The leaked images of the Lumia 650 show that the unannounced mobile phone is looking to sport a metal frame with a slim design. Although these images are not yet confirmed by Microsoft, the leaked images designs are very close to the final device.

The Lumia 650 is featuring a 5 inch screen with HD display running on a Quadcore Snapdragon 212 SoC. It consists a 1 GB of RAM. The device will come with 8 GB for internal storage which is expandable through a microSD slot. Some other features include Dual Sim, HD voice, Qualcomm Quick Charge 2.0, Bluetooth 4.1 and Wi-Fi calling.

Are you looking forward to this latest edition of Lumia phone? Comment below and let us know.