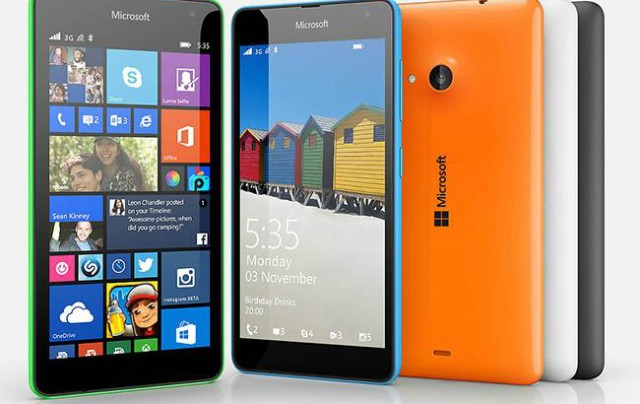 Rumors began to emerge about the new “low to mid-range” Lumia smartphone range and the latest information suggests that we will not get three models, as we were expecting in the past, but only one. It seems that Microsoft could give up two of the models that it has been working in recent months, preparing for launch only the Lumia 650 version early next month, which will not be much better than the Lumia 550 in terms of specifications.

Windows Central came into possession of confidential information which suggests that Lumia 650 will be announced and launched on February 1st. It should be a model to the limit between entry-level and mid-range with a little more special design and basic capabilities in all respects. Technical specifications circulating suggest that it is a 5″ smartphone with HD resolution (1280 x 720 pixels) display, Snadpragon 210 or 212 chipset, 1 GB RAM, 8 GB of storage space and 5 and 8 megapixels cameras (with a flash LED on the back).

Thus, we are dealing with a series of unofficial images, based on information available at this time. We can see a metal frame, something new for the cheaper Lumia smartphones; only top models previously received such treatment from Microsoft. It seems that the Lumia 750 and 850, which would have completed the Lumia smartphones offer, have been canceled and it looks like the company has prepared a new series of premium smartphones.

It is possible that the Lumia brand will remain on the market only for the Windows 10 Mobile platform basic devices, the new devices will come under the “Surface” brand. There have been rumors in the past about a device called “Panos phone” which was considered at the time the “Surface phone” that could be programmed to come this fall along with the new Surface Pro tablets.