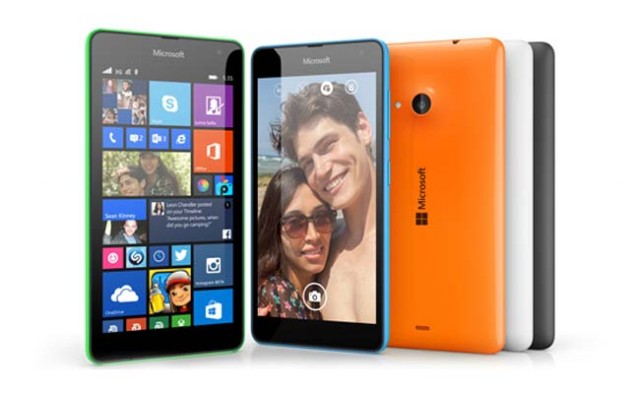 Early next year, Microsoft could introduce a new Lumia phone on the market.

Lately, rumors have circulated that Microsoft could be working on two new devices called Lumia 750 and 850. But @On Leaks at Tweeter disagrees with the rumors and sais that only the second device will hit the market. Thus, only Lumia 850 still had chances to enter into production, and the first images did not fail to arrive.

Now, however, Windows Central website writes about another device, called Lumia 650, which could make its debut early next year. It would be marketed as an affordable phone and is said to be the ideal smartphones for companies who intend to provide their employees with Windows 10 devices. The site has collaborated with a designer to create a series of images with the Lumia 640, based on information from various sources within Microsoft.

The phone will be a successor of the Lumia 640 and will be built around a metal frame. It would be the first time a Lumia phone, which is not part of the high-end range, would be constructed out of metal. The list of specifications should include a 5-inch screen with HD resolution, which is powered by a Qualcomm Snapdragon 212 at 1.3GHz frequency quad-core and 1GB RAM.

For data storage, users will be able to count on 8GB of internal memory, but fortunately, the phone will also have a microSD card slot. Moreover, the camera on the back will have an 8 megapixel sensor while the front camera will be a 5 megapixels sensor. Unfortunately, we do not have a lot of information about the price and availability and do not know exactly when the device will hit the market.