.NET Core is a lightweigh, modular platform used in the creation of micro-services and web apps. The platform helps developer create .NET apps in different platforms and spread them to RED Hat’s OS and clouds.

The new open-source platform runs on Windows, macOS and Linux and was released on the 14th of August. This version also supports .NET Standard 2.0 and it has an enhanced platform compatibility and portability. The new platform also streamlines app packaging with access to ASP.NET 2.0 and EF Core 2.0.

Developers will also enjoy the 32,000 application programming interfaces (APIs) and the majority are .NET Framework APIs. This is an important addition since it will help developers port faster their existing .NET Framework code to .NET Standard.

Even Red Hat’s senior director of Developer Programs, Harry Mower, has made a statement, declaring that by supporting .NET on RHEL, Red Hat is now able to provide developers with the best solutions on the market.

On behalf of Microsoft, there has been no statement yet regarding the new symbiosis between Linux and Windows. 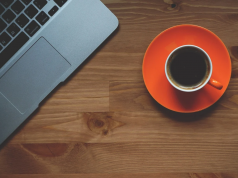 Why 2021 Is the Most Exciting Time for Tech Start-ups