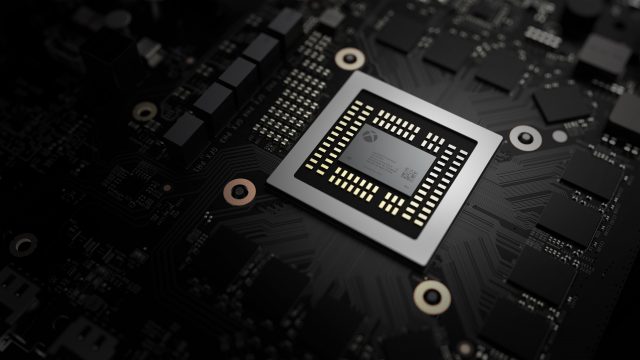 Sony and Microsoft have been competing against each other for a bunch of years already and usually Sony had the upper hand, but now things are going to change. Last year Sony decided to unveil PS4 Pro, PS4 Slim and PS VR while Microsoft decided to only launch Xbox One S. Everyone was wondering what’s going with Microsoft because it wasn’t putting up a good fight, but it looks like Microsoft just didn’t want to flood the market with Xbox One variants in anticipation of Project Scorpio.

Nonetheless, today we’re going to take a more in-depth look at Project Scorpio and PS4 Pro’s specs and see what sets them apart. This way, we will be able to see how much progresses Microsoft has been making while Sony kept on refreshing its already existing devices.

The most important hardware part of a device has to be its chipset. This is why we’re going to start straight off with what both consoles have to offer when it comes to CPU power. First off, we have PS4 Pro that ships with a processor that features eight Jaguar cores and that clock at 2.1GHz. While this might be impressive, Project Scorpio is actually faster because it has been equipped with a chipset that features eight custom Jaguar cores which clock at 2.3GHz.