Microsoft had high hopes for the launch of Windows 11, but it hasn’t met those expectations. Even though a large number of PC users upgraded to Windows 11 shortly after its release, the rate of adoption has now slowed to a crawl in the months thereafter. As of this writing, around 20 percent of Windows users are now on Windows 11. Nevertheless, Microsoft looks to be pressing ahead with future editions of the OS, notwithstanding the limited popularity of Windows 11. It’s possible that Windows 12 will arrive sooner than most people think.

Microsoft expects to offer more frequent feature upgrades for Windows from now until 2024, in contrast to the substantial yearly improvements planned in 2021. Beginning in 2023, smaller upgrades are known as “Moments” and will be distributed 4 times a year.

Despite the fact that the delivery of a big Windows update in 2024 may seem to be close at hand, Microsoft has actually put the release off. For a long time, Microsoft has planned on releasing its next significant Windows update in 2023, dubbed from within as Sun Valley 3. With the recent separation of Sun Valley 3’s functionalities, they will be incorporated into the Moments updates that were previously announced. Microsoft has yet to comment on the existence of these new features in Windows 11.

Although the next major version of Windows will arrive in 2024 rather than 2023 as originally planned, the move to a 3-year delivery cycle represents a quickening compared to earlier plans. 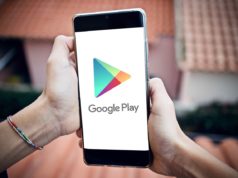 Google Changes the Logo of the Play Store