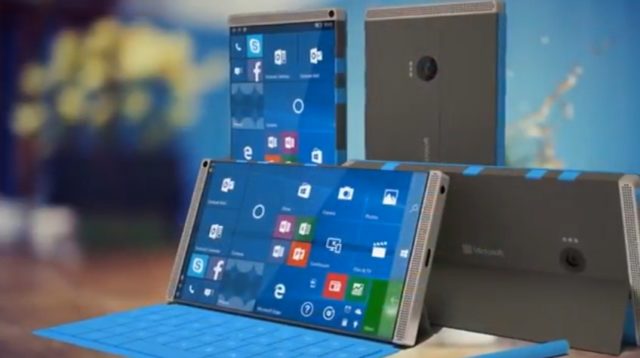 It’s only a matter of time until Apple’s iPhone 7 will finally face its new most powerful competitor on the market. And the surprise will be even bigger if you haven’t heard about Microsoft’s new plans for the Surface and Surface pro phones.

As we all know, Microsoft was one of the best PC producers, but when it came to smartphones equipped with Microsoft Windows phone versions, the results and the reviews turned out to be not exactly what Microsoft hoped they will be. It is partly the reason why the developers came up with something promising. Microsoft Surface and Windows 10 mobile together at the same place.

The only bad part is that we still have to wait a little for the release of the new Surface, good thing we already have iPhone 7 and its specs have already been confirmed. For instance, both iPhone 7 (4.7 inch) and iPhone 7 Plus (5.5 inch) have an A10 processor, Saphire glass and an increased battery life, whereas Microsoft Surface rumors say that it will feature Windows 10 and AMOLED display.

The RAM memory hasn’t been figured out yet because there haven’t been made any official statements. The smartphone might also be equipped with 21 MP rear lens and USB-C function as well. So, with these two devices, we’re talking competition at its finest!

But, let’s face it, besides all these incredible specs, people are most interested in price ranges. The price of iPhone 7 and iPhone 7 Plus is somewhere between 650$ and 760$, whereas the rumors say Microsoft Surface and Microsoft Surface Pro will be a little more expensive, probably the price range will be approximately 700$ and 1000$.

Some say the decisive factor is money but we will be able to find out who won the race of smartphones only after the release of the Surface. Until then, which side will you join?