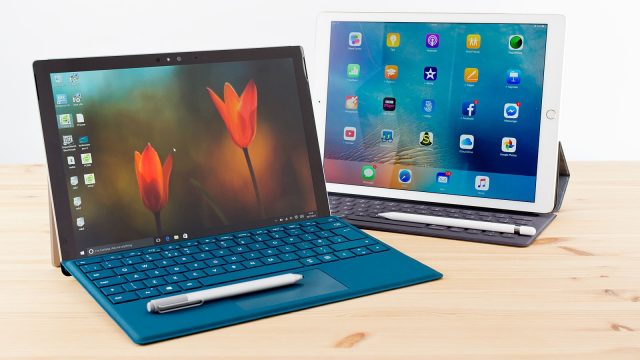 The whole tech community is enthusiastic about Microsoft’s upcoming Surface Pro 5 release. The device’s predecessor has been quite successful from a sales percentages point of view. In fact, reports are showing that 2-in-1 devices are the latest trend in the tech world. Now that Surface Pro 5 is coming, Microsoft lowered Surface Pro 4’s price. Today we’re going look at everything we know about Surface Pro 5 and see if it’s worth waiting for it or if buying Surface Pro 4 is better.

Before we jump in to the comparison, we should mention that Microsoft has yet to confirm anything and everything is based on rumors and speculations. With that being said, let’s get into it. According to rumors, the upcoming Surface Pro 5 will be equipped with the Intel’s seventh generation Kaby Lake processors. Intel Core i7-7700 will be the CPU that fuels Surface Pro 5 and it has a base clocking speed of 3.6GHz and a boost clock of 4.2GHz. The current Surface Pro 4 offering features a slower Intel Sky Lake i7 CPU that’s been clocked at 3.5GHz.

If these rumors prove to be true, Surface Pro 5 will be a powerhouse. The device’s hardware power will be way more impressive than what Surface Pro 4 is able to provide users with. Nonetheless, taking in consideration the fact that Surface Pro 4 is also very capable when it comes to hardware performances and it comes with $200 discount, acquiring Surface Pro 4 is the wisest choice. Also, we can’t even know for sure when Microsoft will decide to launch the new Surface Pro 5 therefore, it might be a while until we are able to get our hands on it.