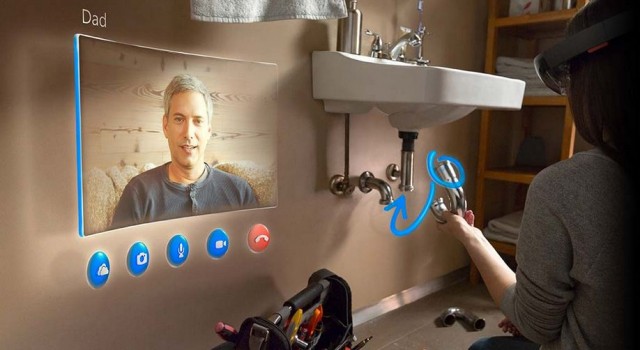 Microsoft’s Surface Studio hardware got all the focus last week, but Microsoft are also giving details about their VR headsets designed for Windows 10, the details will appear soon enough, since HoloLens chief Alex Kipman stated that they will officially reveal the details surrounding Microsoft VR headset for Windows 10 in December. Microsoft will host two WinHEC events in the month of December, one will take place on the 8th– 9th, and the second one is going to be on the 14th-15th.

If Microsoft manages to convince VR headsets producers to use Windows Holographic to power them, this will become a very big move from Microsoft, since they will be able to push through apps and games that are powered only by Windows 10, and this will boost their profits by a large margin.

The design of the first Windows Holographic is going to be similar to the design VR headsets that available right now use. The devices will basically work just like a VR headset that can connect to a PC, the VR headset will have six degree of freedom  inside-out tracking. There will be different versions of the VR headset and the VR experience will surely differ between them. Microsoft has not yet announced anything concrete regarding their VR sets, and all we can do is to wait until December.