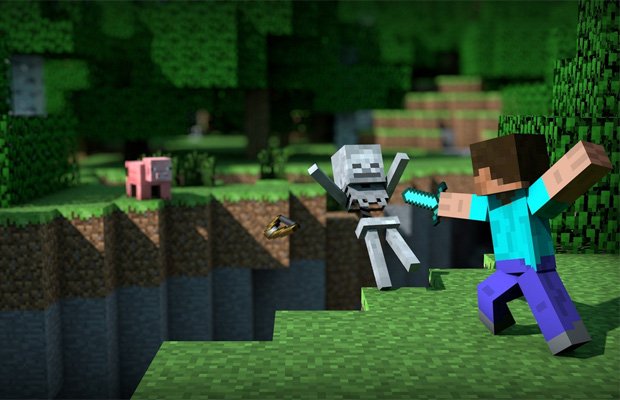 There are Minecraft lovers all over the gaming industry. This game where you “only play with blocks” is quite amazing, has a lot of features and it created this whole little world we can live in a few hours on our computer. But wouldn’t it be amazing to actually see yourself in this world? Yes, please! Gladly, in the upcoming weeks Minecraft developers are bringing the desktop (Windows 10) version of the game to the Oculus Rift Virtual Reality headset and we think it’s going to be a blast for fans of VR.

If we’re honest, the game does have a VR version already on the market which is designed specifically for the Oculus Gear VR headset from Samsung. However, the discussions on the internet say that on the Oculus Rift the game will have better graphics and a smoother user experience.

The Oculus Rift is however dependent on gamepad controls, so the motion control won’t be a feature offered with this headset until the Oculus Touch support will hit the markets. This is a project the company is setting up so they can bring even more amazing features to what is already a pretty great VR headset.

As for other info on Minecraft entering the VR world, we know that Microsoft worked very hard on bettering movement in the game, because, as we all know, virtual reality is pretty intense and will make you experience sickness if the movement is all wacked.

There is no official date of release yet, but the game is rumored to come out in just a few weeks.

If you’re a super-fan of the game but own a HTC Vive headset, not the Rift, there is info on the internet on how you can mod the game yourself for your VR device. You will even have bonus features like motion control which is particular to the HTC Vive, at least for now.