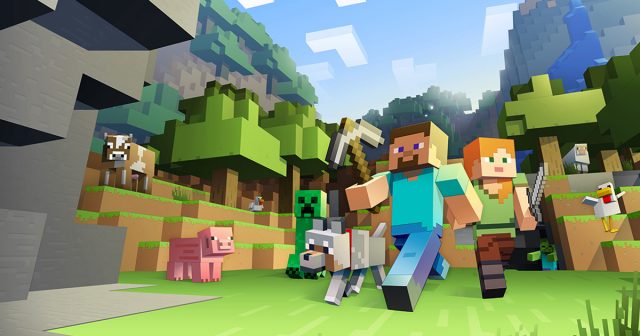 If the Nintendo Switch is already appreciated by many players around the world, some regret the lack of certain features, such as a feature similar to Xbox Live Achievements. An element that will, more or less, be available in Minecraft, at least. Here’s how Minecraft on Nintendo Switch gets Xbox Live achievements.

Minecraft is one of the most populars games, at the moment

Developed in 2009 by the studio Mojang, Minecraft is a video game now available on consoles, PCs and mobile devices and consists of a huge sandbox offering players almost endless possibilities.

Minecraft offers players a wide variety of occupations and benefits from more than one dense and varied community, regularly offering new content such as this presented below.

A new feature that may sound strange but is widely awaited by the fans will be implemented thanks to the title unification across all platforms, thanks to the “Better Together Update”, which Mojang has rolled out last year.

The feature, which is still expected for Minecraft on the Nintendo Switch console, like some players have already noted and reported on social networks, it will allow unlocking Xbox Live achievements when playing Minecraft on Nintendo Switch, as long as your account is connected.

A Minecraft developer has even confirmed this news on the Internet:

We can confirm that Minecraft players on Nintendo Switch will soon be able to earn achievements tied to Xbox Live once the Bedrock update is released.

In the meantime, fans also expect the 2018 edition of Minecraft’s Minecoin Earth event which was announced by Mojang to be started on September 29th, 2018, and is considered one of the most wanted events by the Minecraft community.

In conclusion, as soon as the next Minecraft Bedrock update, Minecraft Nintendo Switch edition will get Xbox Live Achievements.