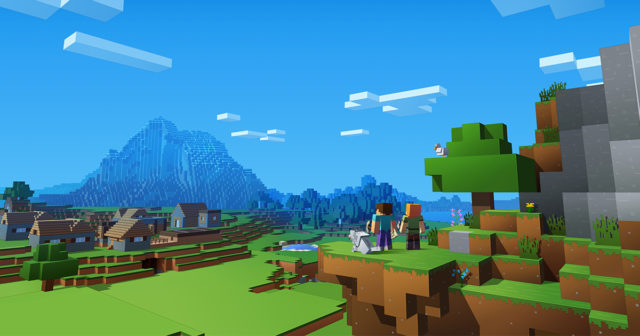 This week, have been launched a couple of Minecraft snapshots 18w08a and 18w08b which give a more detailed preview of the Update Aquatic which will hit the “shelves” during this year.

However, no information was given about the future Minecraft Update 1.13 release date for the general public.

Minecraft is increasingly popular even after 7 years

Minecraft is a popular game created by Mojang. The game has been launched in fall 2011 for Android, iOS, Windows, OS X, and Linux.

Minecraft is an open world game and has no levels or specific missions that players have to complete, which gives players a lot of freedom. However, the game has some accomplishments available.

You can choose the single-player or multiplayer option (both of which comes with several modes) according to the player’s desire.

The basic game mode revolves around building and placing blocks of different materials into a world designed by the very same blocks.

Minecraft, the Mojang’s most popular and appreciated game, got a lot of new items (wearable turtle carapaces). Also, the Trident weapon has been added. The Trident can be used as a close-range combat weapon or can be tossed towards the targets.

After releasing that minor update, Mojang made public a couple of snaps that include 10 new ocean biomes, as well as underwater characteristics and a plenty of marine creatures that will be rushing under the water.

The visibility underwater, as depicted in the Minecraft snapshots 18w08a and 18w08b, will update as the time passes on, replicating how human eyes’ are accommodating to different light conditions.

Oceanic platforms will show a bigger variety, too, defined by the water’s temperatures.

Additionally, the Pufferfish will also be reworked according to the new Minecraft snapshots 18w08a and 18w08b, getting a small adjustment in behavior and other spawn locations.