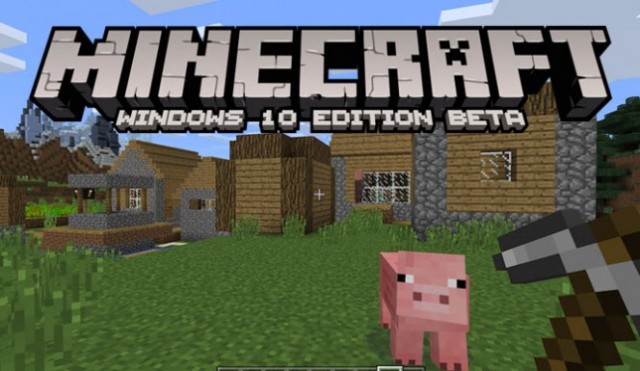 A lot more new content added by Mojang in order to keep miners thoroughly entertained and to expand creativity and play time for keen crafters. Gamers will now be able to find and collect four types of rabbits, explore desert temples and enjoy even more creative options added to the game. With the addition of redstone components, a highly-requested feature, players can now create even more blocky goodies and redstone is sure to be a player-pleaser in the latest update.

Mining blocks of this very useful, rare material produces a substance called redstone dust, this dust can then be used to carry signals between objects and build some of the more advanced items in Minecraft. If you’ve already mastered the art of advanced redstone, you will still be able to enjoy other advanced blocks such as Pistons and Repeaters. More blocks will be added in future updates when the final two groups of redstone functionality are released.

The main feature added in this update is redstone, but that is not all, Majong tossed in a little extra to keep the fans entertained, Desert Temples is one of these features, as adventures explore desert biomes, mysterious desert temples will spawn from the sands. Players can give in to the temptation of exploring these structures and finding and grabbing some precious loot. Reap the rewards if you can make it back out of the temple alive. Another newly introduced feature is rabbit finding, rabbits will come in six types. Mojang has used the most “sophisticated in revolutionary Bunny AI Technology” to make sure that these cuddly rabbits will be just as annoying in-game as they will be in real life by eating all of your precious crops when they are hungry.

And, as if all of this wasn’t enough, the new “Biome Settler Pack I”, which includes the first series of “forest, tundra, and desert biome-inspired packs” and more than 24 new character skins has also been released at a price of$1.99.