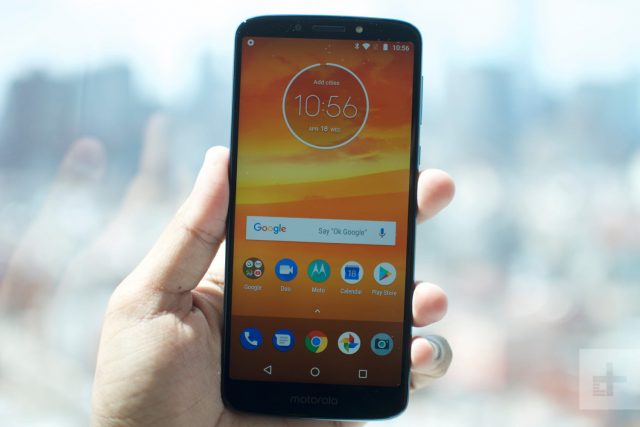 Along with the new Moto G6 range, Lenovo also announced the entry-level smartphones series Moto E5. The series will come out with Moto E5 Play and Moto E5 Plus, plus a Moto E5 standard model, which will not be available for the US market.

It will also come with Android 8.0 Oreo, an 8MP main camera, and a 5MP selfies camera

It will come with Android 8.0 Oreo and 4G connectivity with up to 300 Mbps in download and 50 Mbps in upload.

E5 Plus will have a 12MP main camera with f/2.0 with autofocus by laser technology and LED flash. On the front side, it will have an 8MP selfies camera with a f/2.0 aperture and flash LED.

As in the case of Moto G6 series, which is a much more beautiful line for Lenovo, the Moto E5 series will be launched in May. But, some rumors say that Lenovo might postpone the release until June.