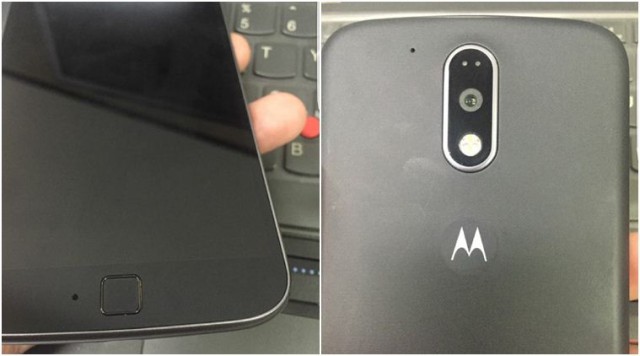 The Third generation of Moto G has been unveiled in July 2015, but the successor might arrive one month earlier, according to the latest rumors. There are many leaked images and details about the upcoming Moto G4, which will have a Plus variant, but other than fingerprint scanner integrated into the home button, there are no other details revealed in a leaked image of the Moto G4 Plus.

Yesterday, Lenovo, the new owner of Motorola has launched the ZUK Z2 Pro with a Snapdragon 820 processor and 6GB of RAM, and with this occasion, CEO Yang Yuanqing said that on June 9, Motorola will unveil a new and exciting device. He didn’t give more details, but based on the increasing number of leaks, without a doubt, he was referring to the Moto G4.

According to rumors, Motorola will ditch the plastic rear panel in favor of a metallic one, but it will bring back the camera module strip, which has two dots above the sensor. From the leaked images, the home button has a square shape, but it clearly hides a fingerprint scanner with a similar configuration to Apple’s Touch ID, while in other photos, on a desk are strung together shells with a variety of bright colors.