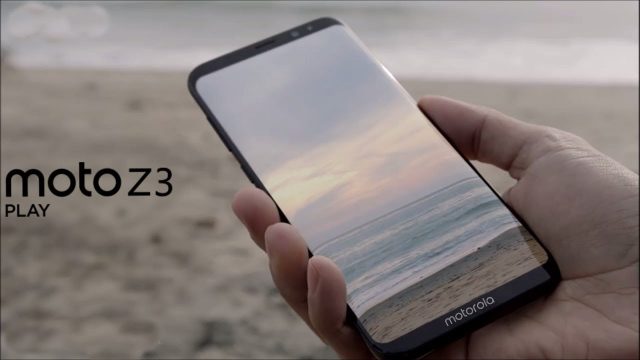 Lenovo Moto Z3 Play is back to making people talk about it. The latest rumors talk about the possible complete specs for the upcoming gadget and a real image of this device.

Although the image does not provide so much detail compared to what we already know of this smartphone, we are finally able to confirm the presence of glass as the main material for the realization of the back cover.

The manufacturers also decided to remove the iconic “Home” located on the front panel, which housed the fingerprint sensor, in order to maximize the screen-to-body ratio.

The before-mentioned change means an aspect ratio of 18:9, probably, as suggested by several voices, on a 6-inch FHD+ display.

As for the fingerprint sensor, Lenovo thought of moving it on the side of the phone, under the volume keys on the side frame. Although we have no confirmation of this, this seems to be the most obvious solution, since there is no track of it on the back cover.

On the back, however, there is a pleasant innovation, namely the dual-camera system, one of 12MP and another of 8MP.

Under the hood, the upcoming Moto Z3 Play was recently identified at the Federal Communications Commission (FCC), allowing us to discover some of its technical specifications.

Moto Z3 Play will present 4GB of RAM, 64GB of storage space, and will be based on Qualcomm Snapdragon 636 chipset.

Keep in mind, however, that the FCC-certified variant is the model for the US and therefore some of these specifications may differ in other regions.

There will be support for the Moto Mod, thanks to the use of a 16-pin connector on the back of the device.

As the company has repeatedly pointed out, the new Moto series smartphones will also support previous versions of Moto Mods.

Besides, there is no 3.5-mm audio jack, Moto following the tendencies in this regard followed by other brands.

At this moment, it is not yet clear when Lenovo plans to announce the Moto Z3 Play but rumors talk it will be released in June.