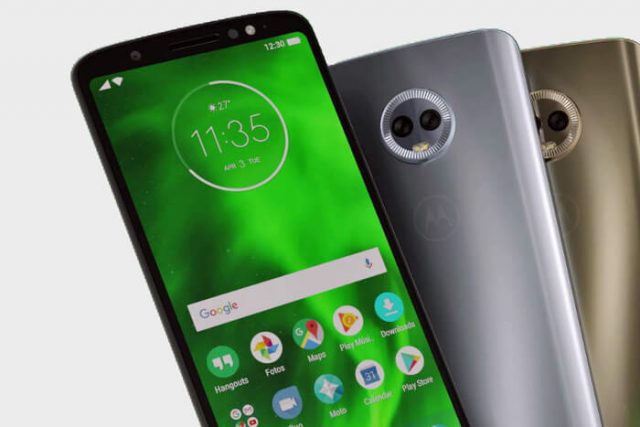 After we have seen Motorola Moto Z3 Play renders and a FCC approval, now we have official specifications for the Moto G6 and G6 Play, and their prices too!

What’s interesting is that all these smartphones were expected to debut at MWC 2018, but somehow they managed to skip the event over in Barcelona. We will actually be talking about a trio: Moto G6, Moto G6 Plus and Moto G6 Play, with details below!

These models will mark the debut of the 18:9 aspect ratio in Motorola’s portfolio. We will start with the Motorola Moto G6 Play, the most accessible handset of the triad. It sports a 5.7 inch display, officially known as “Mas Vision”, to highlight the fact is has very thing bezels. The screen is going to offer a 1440×720 pixel resolution, and on the inside of the phone there is a 1.4 GHz, quad-core CPU, probably a Snapdragon 430.

On the back, there is a 13MP camera, with Rapid Focus technology, and the battery will be 4000 mAh. The price tag will be $200, which is definitely not bad!

Moving on to the Moto G6, it should have a 5.7 inch display, too, but it will have a Full HD+ resolution instead. It has a 3000 mAh battery, a Qualcomm Snapdragon 450 processor and 2 variants:

The designs seem to imply a glass rear and a metal frame, but glossy plastic made to look like glass is not out of the question, either, seeing the prices. An estimate release date would be the end of April.