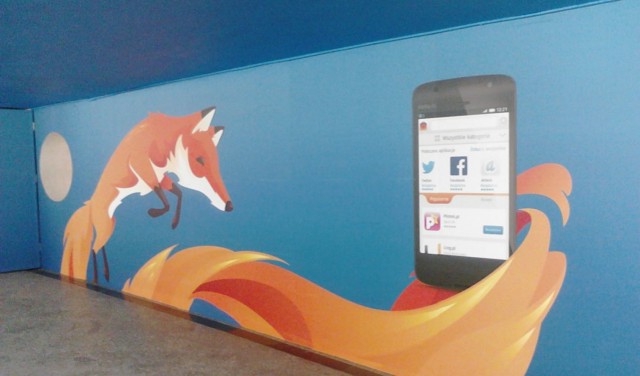 Unfortunately Mozilla decided to abandon the fierce fight on the mobile phones market, and announced this fall that will stop the development of Firefox OS phones. Even so, the new operating system will be on devices that encourage domestic connectivity.

A leak offered some of Mozilla’s internal documents, revealing a number of domestic connectivity devices that will work with Firefox OS. Among those are a stick that connects to the TV, called “Firefox Stick”, a smart router named “Firefox Hub” and a keyboard with a Raspberry Pi integrated.

First on the list is the stick that will turn any normal TV into a smart TV, even if the earlier draft, Matchstick, was a fiasco because Mozilla failed to obtain a solid DRM to be able to stream movies from Netflix-ui. Apparently, the American company could restart the project with more time and money dedicated to development of a DRM that would pelase those from Netflix.

The router from Mozilla wants to be a kind friend to all those who want maximum flexibility in connectivity to organize the house. Firefox Hub will be completely open source, and those interested will be able to set the router’s security level process and turn it into a web server for the connected devices in the house.

Tablets, on the other hand, will be extremely simple, involving only a web browser support for the elderly or those who are not familiar with technology.

The keyboard, however, is probably the most interesting project. It came with a Raspberry Pi and would be dedicated to those who need to build websites on a budget. Basically, the keyboard should have an integrated mini-computer, by attaching it to a TV or monitor would provide access to Mozilla Webmaker so may help you learn web design in countries like India, Pakistan or in third world countries.

Mozilla has reacted to the leak by saying that the devices have been proposed at one time by one of its developers, but has not confirmed if they are still remaining in the development stage. Perhaps at the CES 2016 we will see more clearly what devices will be part of future Mozilla supply.