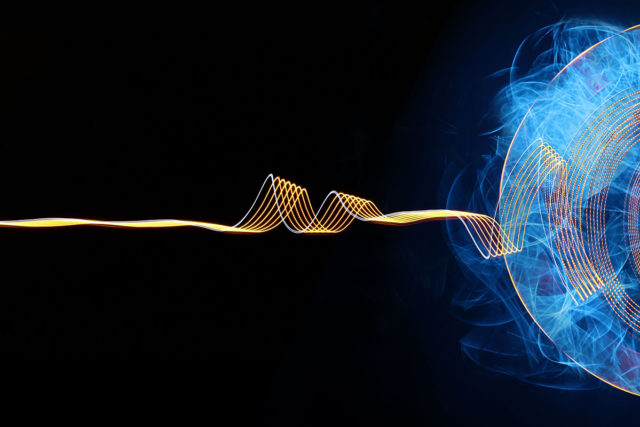 According to a new experiment, a mystery particle that appeared in a fireball at an atom smasher started misbehaving. The particle wears the name “charm quark” and showed some interesting interactions with the other subatomic particles, as the most recent measurements have shown. This discovery might shed some light on the conditions that allowed for the Big Bang to happen. Back then, the universe was filled with a primordial soup make up of elementary particles. Moreover, it might even show some physics notions that scientists don’t even grasp now.

This surprising behavior of the charm quark was first seen at the RHIC (Relativistic Heavy Ion Collider) found at the Brookhaven National Laboratory in Upton, NY. There, people aimed to recreate the conditions that existed in a trillionth of a second just after the Big Bang took place.

In order to recreate the conditions, the RHIC fires away gold atoms at the speed of light. They collide and the atom break up into a soup of particles called “quark-gluon” plasma. The quarks are the compounds for particles you might be more familiar with, such as neutrons or protons. Meanwhile, the gluons carry the required nuclear force to hold the quarks together.

Besides helping researchers fine tune their models, the charm quarks help them know more details about the behavior of quark-gluon plasma. If they would know more about the way in which these plasmas work, scientists might know what to pay attention to when they are investigating physical laws.

For future plans, the team that carried on the experiment hopes to get some insight into the way in which other rare and heavy particles behave, especially those made up of quarks. Out of those, the B meson (aka the “beauty” one) is particularly interesting.