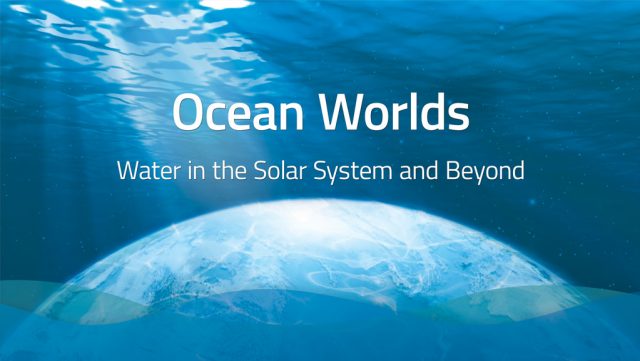 NASA recently announced that it intends to publish all of its discoveries related to ocean worlds surrounding our galaxy. The best thing about this though is the fact that everyone is going to be allowed to read these discoveries. As everyone already knows, there’s an ongoing mission at NASA headquarters that has the sole purpose of finding life beyond Earth and this is the reason why ocean worlds are being closely inspected.

The Cassini spacecraft has been essential to NASA’s scouting operations since it was the one that managed to make the biggest discoveries. In fact, NASA stated the following about Cassini “During its time at Saturn, Cassini has made numerous dramatic discoveries, including a global ocean that showed indications of hydrothermal activity”.

Many might not know this but Earth is considered an ocean world because water covers the largest majority of its surface. Considering the fact that water has given birth to life through bacteria on Earth, it’s pretty clear why NASA has chosen to focus all of its attention on ocean worlds.

Our solar system is packed with ocean worlds such as Saturn’s moons Titan, Mimas and Enceladus or Neptune’s moons Pluto and Triton. Scientists believe that Mars and Venus were ocean worlds at some point in time. What happened was that the green house gas effect caused Mars and Venus to lose all of their water.

Even though NASA managed to gather large amounts of space information, the quest for knowledge never ends. NASA announced that it intends to expand its knowledge about ocean worlds by putting in motion the Europa Clipper mission. The mission has just one purpose, and that is to closely inspect Europa which is Jupiter’s moon. The reason why NASA is so interested in Europa is because it has a salty water ocean beneath a thick layer of ice.