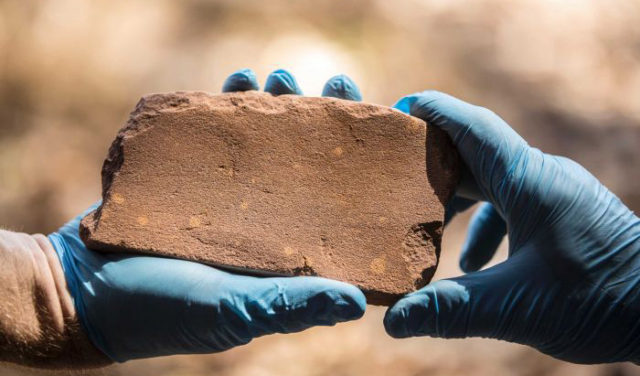 Archaeologists from the University of Queensland excavated sites even from 2012 in Majedbebe, the Northern territory in Australia, and discovered stone weapons and tools in a rock shelter, which showed the people of that period knew how to make tools.

The research was fruitful as it discovered a lot of items like stone tools and axes that should have appeared 20,000 years later. The axes and stone tools were in perfect condition, the axes were the first ones to have sharp and polished edges.

For the research to be completely confirmed, there used several examination techniques such as radiocarbon dating and optically stimulated luminescence – OSL. The last examination uses mineral grains in the stone tools to clarify the last time when the objects saw a light, meaning the time before they got buried.

The researchers will continue their studies in order to find out the steps the Aboriginal people took on their journeys. Chris Stringer, a researcher at the Natural History Museum in London noted that human migration in Australia was an essential part of our evolution.

With these results, it has also been discovered that the Australian homo sapiens were the first ones to sail the ocean because no human being did that 65,000 years ago. The maritime migration was at least 55 miles into the ocean from Africa to Papua New Guinea and then walked from there to Northern Australia when the sea level was low.

The “Sydney Morning Herald” compared the history of Aboriginal culture through time with the period of white people culture and said that if the Aborigine culture was only 1 day old, white people would have appeared and been on the continent for about 5 minutes.