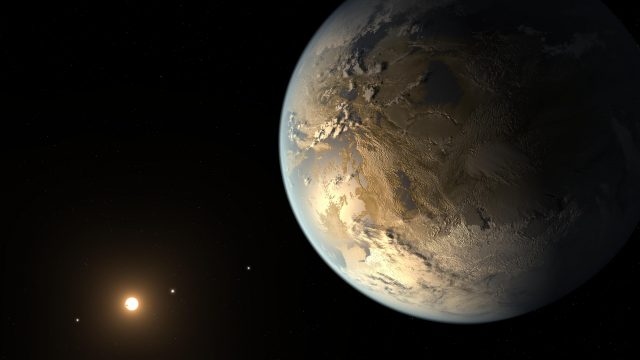 We have some great news for space fans, astronomers have managed to find a rocky planet which can sustain humans. The planet is filled with water and it seems to somehow have the perfect water temperature so that different froms of life can survive. However, we need to mention that this isn’t the first exo-planet outside of our solar system. There are four other habitable planets outside of our solar system and all of them are considered as possible candidates for having alien life on them.

Sara Seager who is an MIT astronomer published the following statement in regards to the newly found exo-planet: “It is astonishing to live in a time when discovery of potentially habitable worlds is not only common place but proliferating”. While many might believe that we live in age where space exploration is not truly possible, NASA and MIT are proving the otherwise to everyone.

The potentially habitable exo-planet has been named as LHS 1149b and it regularly passes in front of its star. In addition, the planet features a rocky terrain which makes it a perfect candidate to sustain unknown forms of life. NASA has announced that its new telescopes will be able to correctly determine the planet’s exact trajectory and even gather more information about its atmosphere during the upcoming years.

LHS 1149b is rather huge when put in comparison with Earth. The newly found exo-planet is 40 percent wider than Earth and it has a mass that’s 6.6 bigger than Earth. The reason why its measurements matter so much is because its mass directly correlates with the planet’s gravitational pulls. From the looks of it, LHS 1149b’s gravitational pull will be three times stronger than Earth’s pull. For example, a 167 pounds person would feel like he weighs 500 pounds.

The planet has been found in the Cetus constellation which is 39 light years away from us. This means that astronauts will have to travel 230 trillion miles away from Earth in order to get a closer glimpse at LGS 1149b. Let’s just hope that this happens during our lifetimes so that we can finally see alien life.