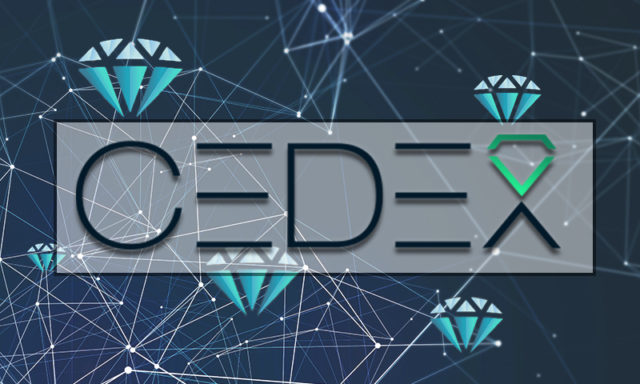 As the crypto market is under full development, the biggest dilemma is on which coin to invest your money to score good profits.

A revolutionary diamond exchange based on blockchain will be launched along with its crypto coin, CEDEX. The date the ICO will open the token sales is set for this year, on March 16th.

The idea behind CEDEX

The creators of this blockchain-based exchange for diamonds came up with this plan because of the fact that actual diamonds exchange businesses function on B2B principles.

By launching CEDEX, programmers hope they will turn public’s attention to investments in the diamond’s industry as this new ICO and crypto coin will ease up the process of investments.

Moreover, investments with CEDEX will be transparent and safe.

These being said, CEDEX will try to solve:

It will be a token compatible with ERC-20 and it will be traded on the Ethereum blockchain.

CEDEX exchange will only use the CEDEX coin as payment but CEDEX will also be available for exchange on major sites for fiat money or other crypto coins.

The company behind CEDEX will hold about 25% of the total supply of CEDEX coins for marketing campaigns and further development. Additionally, a part of the reserve will be invested in diamonds purchase to ensure the financial expansion of the project.

The pre-sales demand for CEDEX is already high, even though the coin will be launched in March. This fact forced the company to increase the initially planned for sale amount of CEDEX to 50% from 20%.

Techfinancials Company, which is listed on the London Exchange Stock, owns CEDEX in a proportion of 90%. This fact increased the credibility of the CEDEX projects.

The future ICO and CEDEX coin look great even before their launch.

The project’s solid plan, the company behind the ICO, the idea of the business, plus the transparency of the project make us believe that CEDEX is a good opportunity for investments.