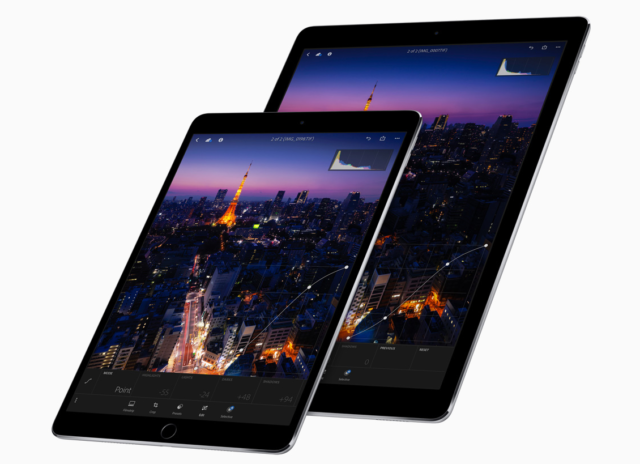 If you thought the new iPhone 7 and 7 Plus were the surprises of the year 2017, Apple has released the new iPad Pro 10.5 inch and 12.9 inch models which have been introduced at Worldwide Developers Conference. iPad Pro is more than the new generation of iPad – it is an uncompromising vision of personal information in the modern world. iPad Pro gives you an incredible power that surpasses most portable PCs.

The iPads have gone live and are now available for customers at any local Apple Stores.

Orders for iPad Pro have already been accepted right after they have been introduced at Worldwide Developers Conference, the first orders being honored around the date of June 13th.

The new and improved 10.5 inch iPad comes with a larger display than its predecessor 9.7 inch, with up to 40% smaller side bezels and weights slightly more. The 12.9 inch has the same size as the last 12.9 inch iPad Pro versions.

The new models bring a new technology display – ProMotion – which eases the scrolling, the responsiveness, gives more fluid motion and provides refresh rates up to 120Hz. Moreover, they have been equipped with the A10X Fusion chips which are more powerful than A9X, said to have an improved CPU performance with up to 30% and 40% faster GPU performance.