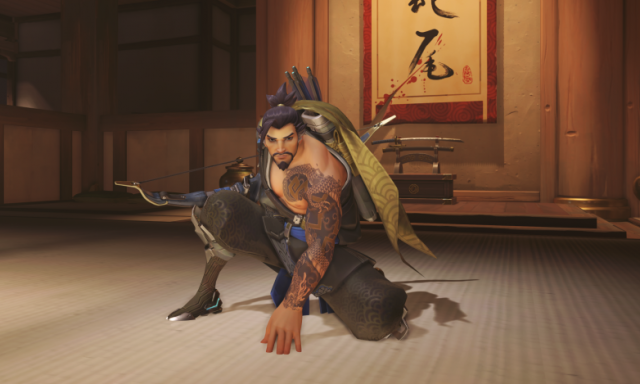 A new Overwatch update has arrived and it brings major changes to some of the game’s most popular champions. The update is being rolled out to PC, PS4 and Xbox One at the same time and it contains lots of nerfs and buffs, alongside a brand-new map. Blizzard developers have made it their top priority to balance the game and this is exactly what this latest update does.

Hanzo is without any doubt the most popular champion in the entire Overwatch roster. Knowing this, Blizzard is taking a major risk by reworking his skillset, but the developers are willing to take this risk in order to make him more mobile.

The biggest change that Hanzo fans are going to notice is that the Scatter Arrow ability is gone. This is Hanzo’s trademark ability and we can be sure that lots of people are going to be mad about it. On the bright side of things, Hanzo is getting a new ability called Storm Arrows instead which gives him the ability to rapidly fire six arrows which do lesser damage than normal arrows.

In addition, Hanzo will be more ability from now on since he also receives the Lunge ability. This ability can be activated by pressing jump while Hanzo is in mid-air and he will do a horizontal leap. Blizzard wants to make sure that Hanzo is still loved by the community and the game developer also increased Storm Bow’s projectile speed from 85 to 100. This is going to make it easier for Hanzo players to snipe their enemies.

Another great buff that Hanzo has received is the Sonic Arrow cooldown decrease from 20 seconds to 12 seconds. However, this buff is a double edged sword because it also decreases the duration of Sonic Arrow from 10 seconds to 6 seconds.

We have some bad news for Genji fans, the champion’s famous Deflect ability has now had its hitbox size reduced. The reason why the developers did this is because they want to make sure that Genji reflects only moving objects that are being directed towards him. Therefore, Genji players need to really master the Deflect ability if they want to survive in tight spots.

Even though Brigitte is Overwatch’s latest champion, she doesn’t get to run away from the nerf hammer. The developers decided to reduce the cone angle of her Shield Bash ability from 90 to 60 units. “When fighting against Brigitte, it often felt like Shield Bash was able to hit layers who felt like they were out of its range should have dodged it” said the developers in the patch notes.

Everyone’s favorite rat is getting a small buff and a movement speed nerf. The buff we are talking about is making Junkrat’s Frag Launcher’s projectile smaller from 0.3 to 0.2 units. This is a welcomed change by Junkrat mains because its going to make it harder for the enemy champions to see and doge the incoming projectiles.

On the other hand, Junkrat is also getting his movement speed decreased from 13 to 12. This is going to make the champion more susceptible to being flanked and Junkrat mains need to learn how to position themselves better.

One of the greatest things about playing Tracer is that she can easily get behind the enemy’s front line with her dash ability. However, skilled players don’t use tracer only to take out squishy enemies because her Pulse Bomb does enough damage to take out tanks. Sadly, this isn’t going to be possible anymore since Pulse Bomb’s damage is being decreased from 400 to 300.