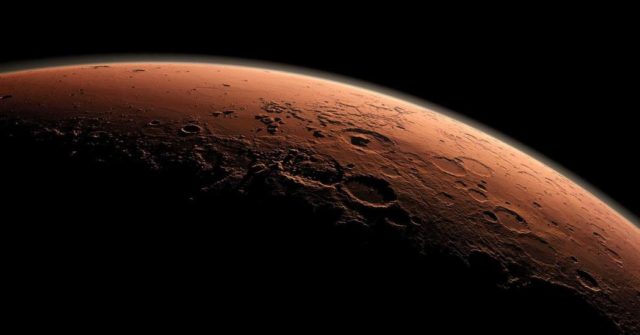 According to a recent study, it seems like Mars one had lakes and a wet climate. This is groundbreaking news since it points out the fact that life might’ve actually existed on Mars. Scientists have confirmed that the Red Planet was filled with huge bodies of water throughout the last three billion years. This is what’s giving scientists the confidence to claim that Mars was the host for numerous alien life forms.

Another important factor that’s hinting that life existed on Mars is the fact that scientists found greenhouse gas methane poured out from the planet’s surface. This gas helped warm the planet which provided lakes with the necessary temperature to last for one million years at a time.

As every true NASA fan already knows, the American space exploring company placed the Curiosity Rover on Mars’s surface a couple of years ago. The rover is the first one who collected information which suggested that Mars had liquid water on its surface three billion years ago. This caused confusion among space scientists worldwide since Mars was initially seen as a cold a dry planet which didn’t have the necessary climate to sustain life.

Professor Edwin Kite of Chicago University devised numerous complex mathematical equalizations which helped him determine that the planet’s axis tilt caused the ice cover to shrink and the methane to release. This melted Mars’s ice which then created numerous lakes that survived for millions of years.

In order to clear up some of the confusion, Professor Edwin Kite stated the following: “Using numerous simulations we found outgassed methane can build up to atmospheric levels sufficient for lake-forming climates if it initially occupies more than 4% of the total volume in which it is thermodynamically stable.

Moreover, Professor Edwin Kite also released this statement: “Such occupancy fractions are consisted with methane production by water-rock reactions due to hydrothermal circulation on early Mars.”