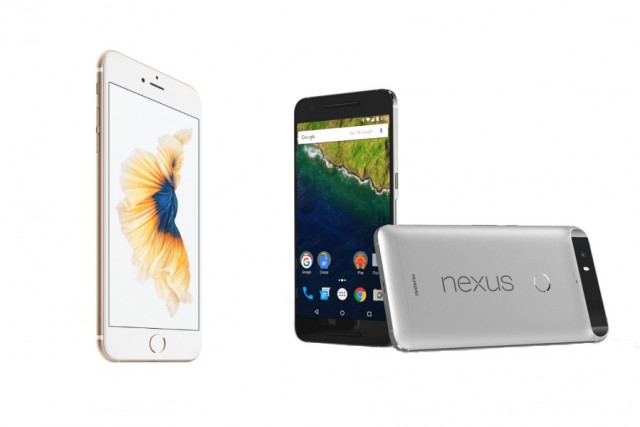 Apple’s iPhone has a certain appeal to it, and it has attracted an increasing number of customers with every new generation that hit the market. But what is it about this device that has this effect on people, despite its incredibly high price when compared with similar Android phones? Apart from the “must have” of the Apple brand, it is very stylish and easy to use. The fact that both the de hardware component and the OS are made by the same manufacturer, make the two components of the device work together flawlessly.

On the other hand, Android is developed by Google as a universal OS and manufacturers all around the world just throw it on devices put together with all kind of different parts.  This way, no mater how good Android is, or how good a handset is, the two will never work together the same way Apple’s iOS works with its devices.

With that in mind, Google’s own Nexus line is here to show us what Android is really capable of, no manufacturer added UI’s just the OS as Google designed it to be used, with the best suitable hardware. We have Google’s flagship, the Nexus 6P, built by Huawei and probably the best Android phone out there. Add to that that is a lot cheaper than most of the other devices on the market, especially the iPhone 6s, and you got yourself a winner. But first let’s compare the specs on both phones.

Specs for the iPhone 6S:

Specs for the Nexus 6P:

When talking about specs we could consider that the Nexus 6P is slightly ahead of the iPhone, but let’s take them one by one and see the end result.

In the memory department Nexus got things right, who would ever buy a 16GB device, especially now that everything from apps to pictures, has gotten bigger and bigger in shear memory size. Even more it has 3GB RAM compared to the iPhone’s 2 GB.

The chipset, well that is another story. Even though it has only two cores, Apple’s A9 was designed around the iOS and it works flawlessly with it. On the other hand the mighty octa-core Snapdragon 810 was built to be the best chipset, but the engineers at Qualcomm never thought about how it will interact with the OS. So in this department Apple wins.

In terms of design there is not much to say, both phones are encased in aluminum bodies and come in four colors each. This is just a matter of personal preference.

Battery life is another important aspect, worth taken into consideration when comparing two phones. We can safely say that in this chapter the Nexus 6P is the winner, by far. The iPhone has a 1715 mAh battery while the Nexus has a 3450 mAh battery. While the battery on the iPhone 6S is designed to last 12 hours, or at least that was Apple’s statement on the mater, it was no improvement from its predecessor. The Nexus 6P just keeps on going, even with heavy usage. Some credits must be given to the new Android 6.0 Marshmallow, but also to its bigger battery.

Taking all of that into consideration, Nexus 6P is better in almost every way and when you add the price tag of the devices into the discussion things get a lot clearer. This years’ winner is Google.