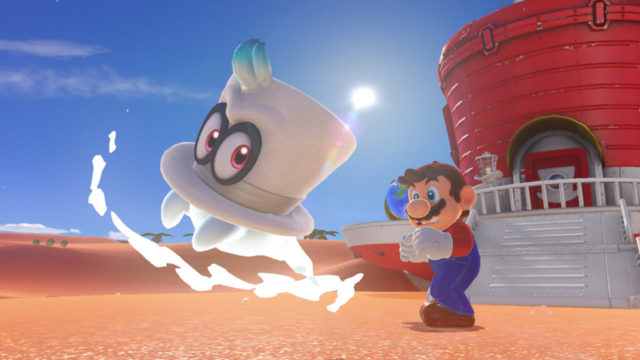 Super Mario Odyssey is fun game and it’s boosting the popularity of the Nintendo Switch console. This is why Mario Odyssey fans can’t stop from wondering if the game was planned to drop on Switch from the first place and not on Wii U. It would make perfect sense for Nintendo to want to promote its latest console by using its most popular game title.

Super Mario 3D World was originally launched for Wii U in November 2013 and all Mario fans were expecting the new game to be exclusive to Wii U as well. However, Nintendo took a nearly three years to develop the new Mario Odyssey and it decided to launch it only for Switch. This angered Wii U fans and Nintendo decided to let everyone know why it prioritized Switch.

Yoshiaki Koizumi who is the lead video game designer, director and producer at Nintendo decided to let everyone know that Super Mario Odyssey was never intended for Wii U by stating the following: “It was always planned for Nintendo Switch. We really were considering a lot of the hardware capabilities specifically for this game, and wanted to make the most use of them”.

Therefore, Nintendo was not only looking to promote Switch but to also improve the graphics of the game. Considering that Wii U is a previous generation console, Nintendo couldn’t bring many upgrades with its hardware capabilities.

Nintendo’s Shinya Takahashi decided to shed more light on this issue by giving out the following statement: “I think the idea of what the Nintendo Switch is became very important around here, because it can both function as a console or a portable device. We really thought about what sort of software features would make the best use of those capabilities”.