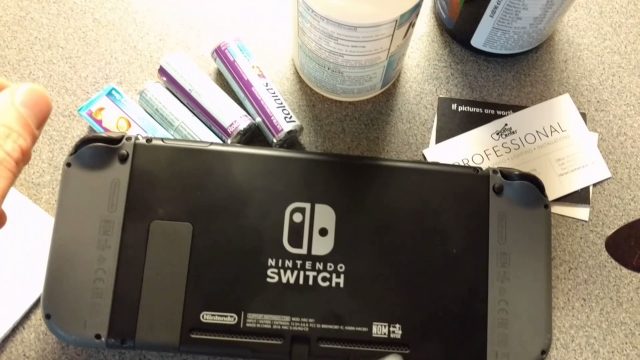 Nintendo managed to take the market by storm at the beginning of March when it launched its Switch console. The hybrid gadget is selling so well that retailers are always running out of stock. The device’s sales percentages make it sound like its flawless, but that’s not even close to the truth. Sadly, after a couple days of usage the device starts bending.

This isn’t the first Nintendo Switch hardware-related problem that was recently spotted. The console’s left Joy-Con randomly starts presenting connectivity issues.  This issue is caused by the Joy-Con’s wireless interface and Nintendo managed to fix it through an OTA (over the air) software fix. However, the warping problem cannot be fixed through a software update.

According to user reports, the console only starts warping when it is docked. It all started when a Reddit user uploaded a picture of his bent Switch device and then a bunch of other Redditors started uploading pictures of their warped devices. What happens is that when the console is docked it starts running games in higher resolution and its cooling fan spins faster than usual therefore overheating the console.

What’s interesting is that Nintendo has equipped the console with strong materials that will not bend to moderate temperatures. The console’s insides are tightly packed together and they are also covered by a strong metal shield which means that the cooling fan is generating way too much heat than what it’s supposed to. Many believe that if the console keeps overheating likes this, it will lead to permanent hardware damage.

With that being said, it looks like this is a product quality issue in fact. Nintendo didn’t release an official statement regarding this issue, but everyone is hoping that Nintendo will replace the affected consoles. However, the problem is already widespread and Nintendo might have to stop its Switch mass production in order to fix this issue. On the bright side though, the bending doesn’t affect the console’s hardware performance at all which means that people shouldn’t worry too much about it.