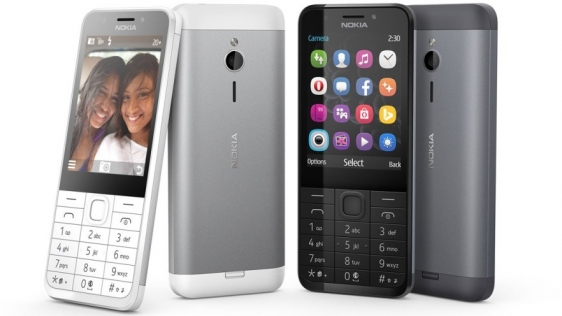 When Microsoft acquired most of Nokia, it did not bought only the right to launch new Lumia smartphones, but entry-level phones under the Finnish company name aswell. The first such creations were announced about a year ago under the name Nokia 130 and now it is time for some descendants.

The new Nokia 230 is available in two versions, with support for one or two SIM cards. Mostly this is a basic device with limited functionality conceived for the basic needs of communication, but there are some features that might get your attention. First of all is the ability to capture selfies in decent quality, unmatched performance when talking about basic phones. Except the number of SIM cards, the two versions of the Nokia 230 are identical in performance and specs. Each of the two cameras has two megapixels, one on the front and one on the back of the device. Both on the front and on the back there is a LED flash to illuminate the subject’s face. There is even a dedicated camera activation button on the front of the phone. Even more, the photos taken with the phone will not only remain on its internal memory, but you can easily share them with your friends using the button obviously marked, Share.

The housing of the Nokia 230 is one made of aluminum, but depending on your preference, you can choose between thr silver or the black version. Nokia 230 and Nokia 230 Dual SIM will hit the market starting next month at a price of about 55 dollars. It will be launched in India first then Asia and the Middle East, and will then reach other parts of the world.