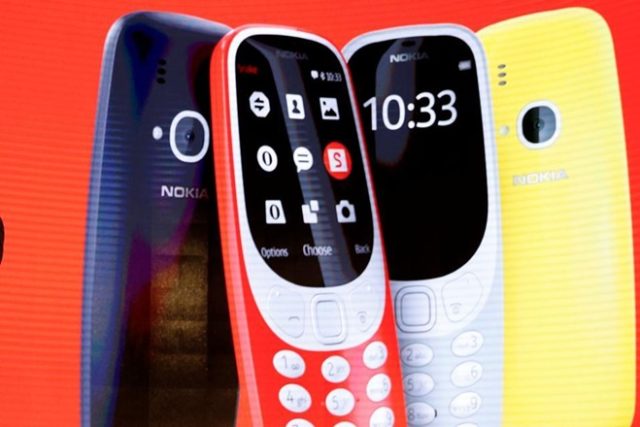 A rather interesting addition to the hand-held phone market is the Darago 3310, which is being made by Shenzhen Darago Technology Co. Ltd, company that has been established in 2012 in China. We also see that HMD Global has launched the ‘Nokia 3310’ in India and can be purchased in various shops all over the country. As such, these phones warrant a comparison between them.

Darago 3310 is almost indistinguishable from the latest Nokia 3310 as far as aspect goes. From the keypad to the cutouts in the camera, they are almost the same thing. A noticeable difference comes in the shape of the charging port, which for the Nokia 3310 is situated on the top, while the Darago 3310 has it on the bottom of the phone.

The Nokia 3310 uses the S30+ OS, whereas the Darago 3310 has currently an unknown OS. Therefore, a comparison is somewhat difficult in this situation. But the S30+ will be quite a strong operation system to beat.

Darago 3310 uses a 1MB ROM and comes in with the option to expand it to 8GB by using a micro SD. The Nokia 3310 has 16MB of onboard ROM and can be expanded to 32GB with the use of a micro SD. Nokia is clearly better in this instance.

Darago 3310 draws power from its 1050 mAh battery, whereas the Nokia 3310 has a 1200 mAh battery with the claimed capability of being able to last for 22 hours of constant talking, 31 days in standby, and 51 hours of full MP3 playback time. Nokia would seem to have the upper-hand here as well.

Connection-wise, both of the devices are able to support Dual SIM, Bluetooth, 2G, FM Radio, Music Player, games. You can also access the internet on them, and you can also record videos.