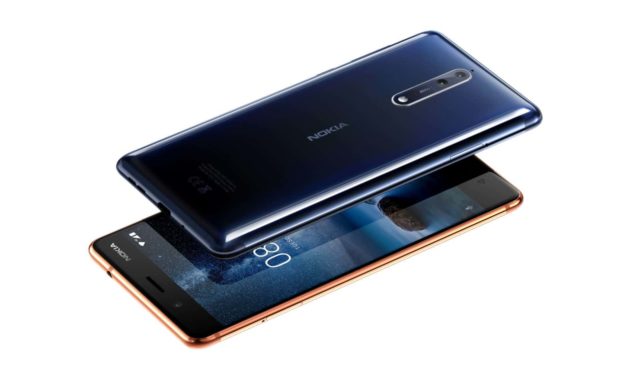 A couple of months ago Nokia 8 received a public build of Android 8.0 and now HMD Global is pushing out a beta for 8.1.

Nokia 8 smartphone which was launched last year is a high-end device that comes with a 5.30-inch touchscreen display with a 1440 x 2560 pixels resolution at a PPI density of 554 pixels/inch. It is powered by 1.8GHz octa-core Snapdragon 835 processor running Android 7.1.1 Nougat and it comes with 4GB of RAM.

Continuing its trend of Android updates releases, HMD Global’s Chief Product Officer, Juho Sarvikas has confirmed via Twitter that Nokia 8 will soon receive the Android 8.1 Oreo beta update. You will have to head to Nokia’s beta labs page and enroll with your Google account to push the OTA update for your Nokia 8 device. Nokia beta labs program is being used for beta testing unreleased versions of Android. The company even beat Google to pushing out some monthly security patch OTAs a few months ago. This Android 8.1 beta version release for the Nokia 8 flagship represents the first time a non-Google device gets Oreo release.

Even though Android 8.1 is a seemingly minor upgrade over Android 8.0, Sarvikas stated in his tweet that it introduces some new features and capabilities. He did not name any of them although he mentioned that it will most importantly host the correct hamburger emoji.  However, we expect them to include power menus, latest optimizations and security patches and all the other typical features for this 8.1 version.

We don’t know when the Oreo 8.1 beta update for Nokia 8 will be available for public use but it will probably be released within the next few weeks.