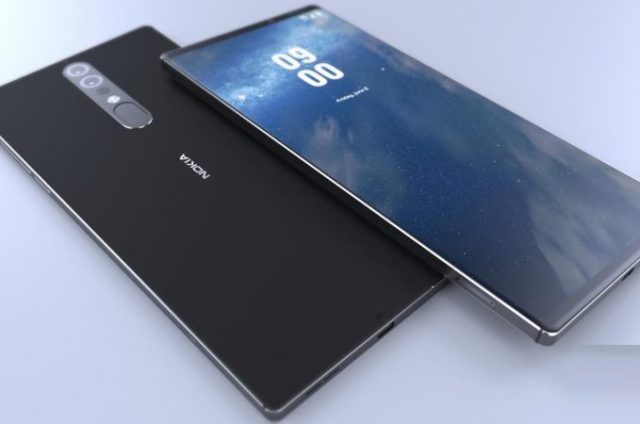 Nokia has succeeded in quickly completing its portfolio of new Android phones and some of the models already have an updated version in 2018. Other Nokia phones, however, have not appeared on the market yet and one of the most anticipated smartphones for 2018 is Nokia 9.

Rumored in fall 2017 to be launched by the end of 2017, Nokia 9 is still expected. According to some information, Nokia 9 will be released this year and will come with stunning specifications.

The phone should have top specifications and the cameras will also be high-end.

Nokia 9 is expected to boast a triple cameras system on the back with 40MP, 20MP, and 9.7MP sensors capable of 4x optical zoom.

The front camera, on the other hand, comes with a 21-megapixel sensor and low light shooting capabilities.

Nokia 9 and its stunning under the hood specifications

The smartphone will come with 8 GB of RAM and 256 GB of storage but also with the top-of-the-line Qualcomm Snapdragon 845 processor.

It will also have a pretty good battery of 3,900 mAh, capable of wireless charging and fast charging.

The future Nokia 9 will come with a 6-inch display with a QuadHD resolution and 18:9 aspect ratio, if we take into account the information on the phone’s specifications we have so far.

On the back of the phone, you will have a ceramic finish but also 18 karat gold finishes which will give a luxury appearance for Nokia 9.

The phone will come with 5 integrated microphones to capture the sounds surrounding it and so, the recordings should not distort to 132 dB.

In conclusion, we expect to see Nokia 9 to be launched in mid-2018. Even more, if the rumors regarding the Nokia 9 stunning specifications are real, then this one will be a great phone both in term of design and under the hood specs.