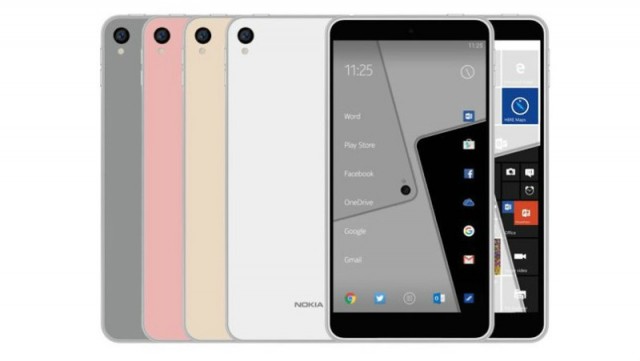 Next year, Finland’s Nokia could return to the mobile phone market with the C1 model.

Following very weak sales in recent years, owing to the increasingly larger popularity of Samsung and Apple devices, the Nokia sold their mobile phone business to Microsoft. Among other things, the Redmond company can now use the Nokia brand until 2016, but for some time appear increasingly more rumors that the Finns could return to the market.

Most of them claim that the first Nokia smartphone after many years will be called C1, but so far nearly every leak introduced us to a different device. Last photo of Nokia C1, published by Phonearena, for example, presents an interesting device with a large screen, perhaps 6 inches. However, there are some details that do not fit. Phonearena stipulates that a start button placed at the top would not be worthwhile, given the dimensions. Also, volume buttons seem to be very small.

The most interesting thing you can see in the picture above, however, is that the phone would have two operating systems. The Nokia C1 could be available in a version with Android and Windows Phone, and Foxconn would handle the manufacturing part.