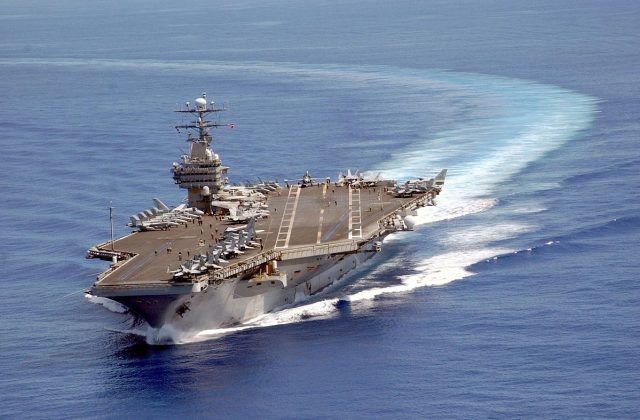 North Korea Responds to the US

If it sounded like things couldn’t get worse, sadly they do. North Korea believes that if it’s required to strike back at the US naval team it’s going to be in self defense which means that it will force the US to take responsibility for whatever happens to North Korean residents. In fact, North Korea sent out a statement from Pyongyang which is the country’s capital. The statement included the following act “We will make the US fully accountable for the catastrophic consequences that may be brought about by its high-handed and outrageous acts”.

The reason why North Korea started making grave declarations such as this is because the US sent out USS Carl Vinson alongside an escort of guided missile cruiser and other two destroyers. Many might be wondering why the US has decided to that but the answer if fairly simple. The Pentagon wanted to make sure that things are being kept in check because North Korea started testing out its missiles last week.

On April 15th North Korea will celebrate the birthday of the late Kim Il Sung and rumor has it that North Korea wants to commemorate that by testing their nuclear weapons or missiles. This is where USS Carl Vinson and its 5,000 sailors and 60 aircrafts step in. We should also mention that China who is North Korea’s neighbor is stressing the fact that the US and North Korea should settle this matter through diplomatic channels.