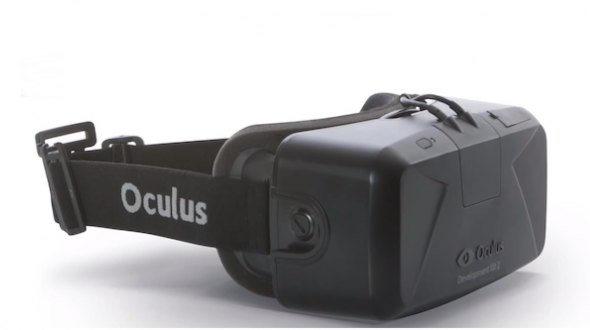 Oculus Rift DK2 or Development Kit 2 were sent to developers and since March 2014 it is sold on eBay for up to $1,200, which means a price of about four times higher than the price at which Oculus was originally sold to developers of $350.

The only way to get your hands on an Oculus Rift today, until the launch of the product in the first part of next year, is to buy it from resellers on eBay. The problem is that the the number of those wanting such a premium product is so great that anyone would be interested in buying a used Oculus Rift will not find it cheaper, but on the contrary, a few hundred dollars more expensive.

When they were first sent to developers last year, Oculus Rift DK2, the latest version of Oculus Rift, costed 350 dollars. Since then any model sold on eBay saw its price increasing from month to month, reaching to cost up to four times the original cost directly from Oculus.

If you are wondering why an Oculus Rift second-hand cost so much, the answer is simple: by 2016 you cannot buy such a device from anyone other than from resellers, and demand is so high that even the cheapest DK2 for sale cost more than a new one.

Another explanation is that many DK2 orders arrived sporadically to developers who ordered them, and many of them have to resort to devices sold on eBay so they can get their hands on a timely Oculus Rift. Since Oculus stopped any device orders since October this year, in order to prepare the product launch in the first half of the next year, the only way to acquire Oculus Rift remained the eBay and Amazon offering inflated prices.

In addition, there are very many regular users who would do anything to buy an Oculus Rift, even if it was a version for developers and with debugs and old hardware.

All this means only one thing: Oculus Rift’s launch in 2016 will be a huge phenomenon that will eclipse any other virtual reality goggles. Oculus, said that by October 2015, the company sold 119,000 DK2 versions, and most went to America and Europe. We can only imagine that the American company will have huge sales with its introduction in the first part of next year.