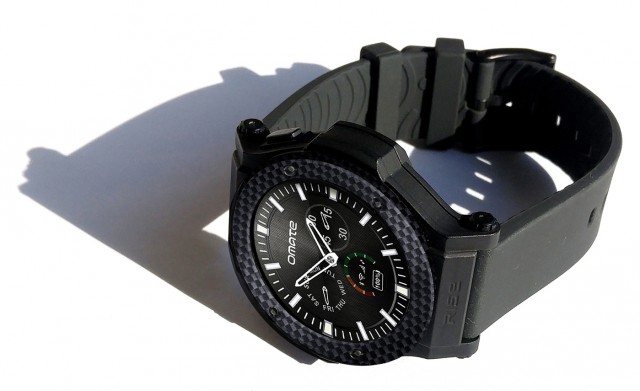 In a period in which the popularity of Android Wear devices increased significantly, Omate Rise uses a full version of Android and has phone functions.

Over the years, we have seen many watches with phone functions and 3G internet access. Those, however, were not very nimble and the small screen does not facilitate the interaction with the plentitude of options specific to Google’s platform. Android Wear is supposed to remedy all these problems and, somehow, it managed to do it. But there are still various manufacturers that refuse to give up when it comes to smarwatches with phone functions.

New Omate Rise is another such device and the descendant of one of the first smart watches with such advanced features. At only $200, you get a SmartWatch which shares many aesthetic features with a classical watch, while running Android 5.1 masked by Omate OUI 4.0.

Thus, with a little effort due to a very small screen, you can install usual Android apps. The LCD display has a diameter of 1.3 inches and 360 x 360 pixels resolution. If you like the design and want to use it only for notifications, you can pair it with an iPhone with iOS 9 or a phone running Android 4.4 or newer.

It has is a MediaTek MT2601 at 1.2 GHz dual core, Mali 400 GPU and 512 MB RAM along with 4GB storage space. The included modem supports data traffic 3G networks and HSPA 1900 MHz and 2100 MHz. To use the phone, you will need a Micro SIM. Along with all of the above it has GPS, accelerometer, gyroscope, microphone and speaker. Supports Bluetooth 4.1, and the 512mAh battery should be enough for two days.

Currently, the new Omate Rise is not available, but on December 7 will start a funding campaign on Indiegogo and chances are very high that it will become mass product.