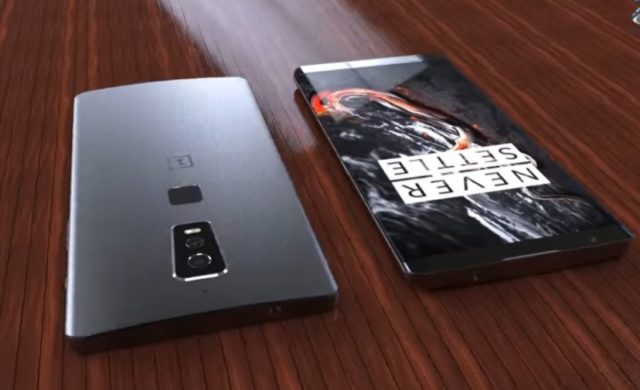 Pete Lau, the CEO and founder of One Plus, has just confirmed that their newest smartphone will feature a fingerprint sensor that faces forwards, but this detail might just have revealed something else regarding the specs of the device.

This detail has been found out when a fan has asked Pete Lau if their new device will have this front-facing sensor, to which the CEO only replied with a ‘’yes’’.

This confirmation would lead to suggest that the aspect ratio will be at 16:9. This will be due to the fact that the sensor will be located at the bottom bezel. We know this to be the case because the LG G6 and the Galaxy S8 by Samsung have the aspect ratio of 18:9, also known as 2:1, because their much taller display, which is not the case with the OnePlus 5.

Other leaks have also suggested that the OnePlus 5 will be following the aesthetical example of the OnePlus 3 and the OnePlus 3T. However, their biggest change will be the dual cameras, which has been rumored extensively in the last few months.

Pete Lau has also seen fit to confirm that the device will be powered by a Snapdragon 835, which is the same one that is used by Samsung’s Galaxy S8 and HTC’s U11.

“Our mission has always been to share the best technology with the world. This starts with building a great product that performs smoothly. We do this by putting together the best combination of components and making them work together seamlessly,”

This has been mentioned in the CEO’s blog post, along with the confirmation:

“With the OnePlus 5, our commitment to this philosophy continues. We’re proud to announce the OnePlus 5 will feature the Snapdragon 835 processor, which sets the foundation for smooth, powerful and efficient performance.”