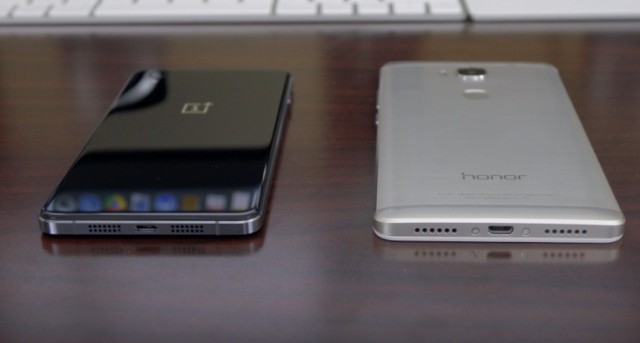 Both the OnePlus X and Huawei Honor 5X have been released back in November 2015 and they’re budget friendly smartphones with a premium design and decent specifications. We must specify that the first device is a mid-tier, while the other is a phablet and below we’ll talk about their screens, processors, cameras and batteries.

The OnePlus X measures 140x69x6.9mm and has a weight of 138 grams. Its back is made of zirconia ceramic, being available in two colors: Onyx (black) and Champagne (white), and the body is surrounded by a metal frame composed of a brushed anodized aluminum with chamfered edges. On the other hand, the Huawei Honor 5X measures 151.3×76.3×8.2mm and weights 158 grams, but its body is made entirely of aluminum and has a fingerprint scanner below the camera.

Both devices have been released with an internal memory of 16GB, which can be expanded up to 128GB using a microSD card.

Both devices have non-removable batteries, but the OnePlus X is smaller and doesn’t have too much room for a gigantic battery, so its capacity is 2525 mAh, while the Huawei Honor 5X houses a 3000 mAh cell.