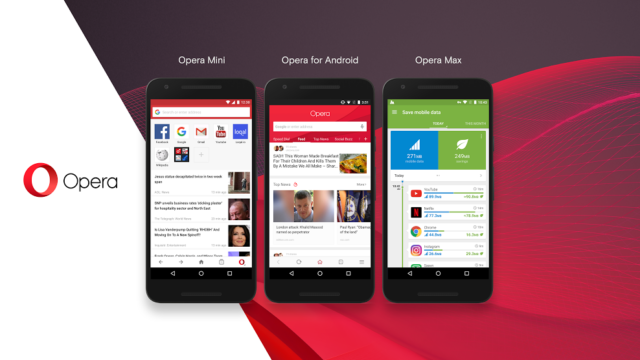 In the world of Android browsers, Opera Mini shines the most. Even though Google pre-installs its own browser on all Android powered smartphones, many people still swap it out for Opera Mini instead.

The reason behind this being that Opera Mini is packed with tons of highly useful features which make the web surfing experience faster and more enjoyable.

The thing that makes Opera Mini stand out so much in comparison with its competition is the amount of software updates it receives.

It seems like the developers behind the app are releasing a new update every other week and nearly all of them contain innovative features. In fact, a new APK for Opera Mini has been recently published.

The previously mentioned update is available in form of APK (Android Package Kit) and it weighs in at 7MB. The update is exclusive to the Android ecosystem and it requires a minimum of Android 4.1 Jelly Bean in order to function. Moreover, since this file is an APK, Opera Mini users are required to manually download it themselves.

Opera Mini users are going to notice a big change right from the moment they open the app because this update adds a handful of new start page designs. Regarding visual changes, this update also extends the address bar suggestions.

We should also mention that Opera Mini’s overall performance is improved with this new update because it optimizes its software. Moreover, the update also introduces a couple of bug fixes which ensure that Opera Mini never crashes or that it randomly starts malfunctioning.

Last but not least, Opera Mini users should be happy to know that the browser is now equipped with a new download manager. This manager is equipped with a bunch of features such as background downloading.