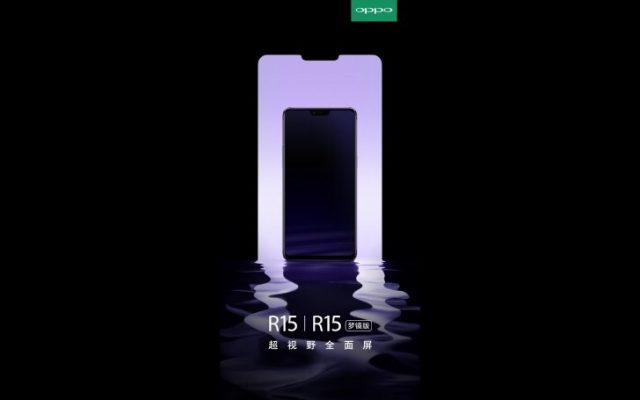 The Chinese electronics company Oppo have recently teased its customers with an image of the new R15 smartphone. As it seems, it might be taking a page from Apple’s book and trying to use their notch design.

Even with their enormous popularity, Apple was still heavily criticised because of their design choice for the iPhone X, innovative in design by adding the notch on the top side of the phone. Many people dislike it, claiming it’s an eyesore while other claim they get used to it after a while. Even with the whole controversy going on, some companies are already adding this feature to their phones, and it looks like Oppo is doing just that with their R15.

As you can see in the teaser image, the design for the Oppo R15 seems to be an almost exact replica of Apple’s new smartphone, with the notch on one end and extremely narrow edges around the screen. A new question arises whether Oppo can succeed just like Apple did.

A report by a third-party website says that, when speaking of hardware, the R15 will run on a MediaTek Helio P60 chipset, a midrange eight-core processor composed of four Cortex-A73 cores running at a frequency of 2.0 GHz, with four A53 cores also at 2.0 GHz as a bonus. If we were to compare it to its predecessors, it benefits of a performance boost of up to 50 percent, while the manufacturers claim it can even go up to 70 percent.

Beside the processor, the smartphone also comes equipped with a brand-new GPU, the Mali-G72. Reportedly it’s very efficient in terms of power consumption when compared to the older models – 12 percent less power than the P23, they say.

Oppo has unfortunately not yet revealed an official date for release. However, given the amount of information we got in such a short time and the teaser image, we expect more news really soon!