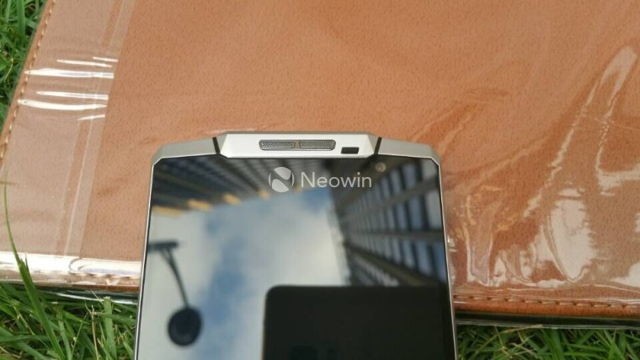 Smartphones manufacturers in Asia seem interested in solving the autonomy problems on Android smartphones, the solution is simple: to integrate batteries with as high capacity as possible. Thus began to appear devices with 5000-6000 mAh batteries, or with two batteries. But Oukitel comes with a model that surpasses all of them: K10000 smartphone with 10,000 mAh battery.

The company promises to offer 10-15 days autonomy in normal use for K10000, which if true, would prove to be the most powerful smartphone in terms of use duration on a single charge. Perhaps using the phone constantly with an active internet connection on, the autonomy could fall to 5-7 days, but even so it would be impressive. Of course, some compromises have been made to achieve this performance, in particular the size of the device and its hardware specifications.

Oukitel K10000 model is built using mid-range components. It is a smartphone based on MediaTek MTK6735 quad-core processor, 2 GB RAM, 16 GB of storage and a 5.5″ IPS display with HD resolution (1280 x 720 pixels). The rear camera has 8MP, and the front one has 2 MP, that can take photos at resolutions of 13 or 5 megapixels by software interpolation. Chances are that the quality of the pictures will not impress.

Moreover, it’s a dual-SIM smartphone. It can accommodate two micro-SIM cards or one micro-SIM card and a microSD card on the same metal tray. Unfortunately, the storage space can only be increased up to 32 GB using a memory card. Those who want a phone that will run low on battery once a week will have to consider its 184 grams weigh and that it measures 0.9 cm in thickness. The advantage of the K10000 is that when traveling, you no longer need an external battery, it can be used to charge other devices. Oukitel claims that you can recharge an iPhone three times using the charging capacity of the K10000.

The smartphone is now available for pre-order at the special price of 240 dollars and will be shipped from China in January. Transport and customs cost is not included in the price of the device.