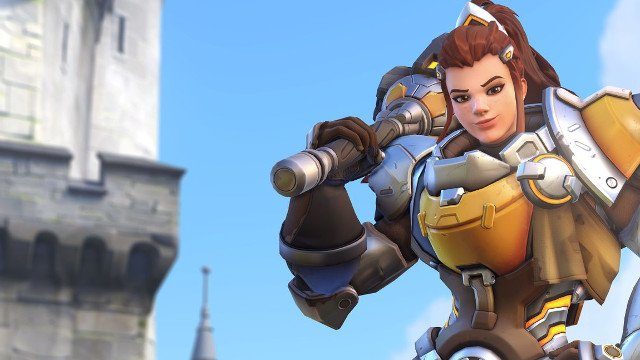 The most difficult task that game developers have to deal with when it comes to online games that have an esports scene is balancing the game while satisfying the needs of both “common folk” and pro players. Overwatch is a great example of that and Blizzard, the game developer is getting some slack for its latest update which changed the way Hanzo is played by removing one of his trademark abilities.

The thing that’s making fans lash back at Blizzard is the fact that the Overwatch League (the professional scene) is not running on the current patch and the pro players are still using the “old” Hanzo. Not just that, but the Overwatch League still doesn’t have Brigitte in the game which is the latest champion to be added.

Boston Uprising and New York Excelsior were the two teams which battled in Overwatch League during the previous weekend and fans all over the world were upset to see that Brigitte is still not available for them. Luckily, it seems like the League is now being updated to include Brigitte in Stage 4, but there’s a down side about that!

Even though Overwatch League Stage 4 is being updated to receive Brigitte, the game is still going to lack the new Hanzo. This means that the Brigitte pro players are receiving is the one who isn’t balanced because this champion was nerfed in the same patch that Hanzo’s abilities were changed.

We should mention that this information was confirmed by the pro player Brandon Larned who is also known as Seagull. The pro player was asked when will his team get their hands on Brigitte in a pro match and he didn’t hesitate to unveil that its going to be in Stage 4.

At first, some people thought that Seagull might just be trolling his fans because Blizzard has yet to release any official information about this major Stage 4 update. However, Josh “Sideshow” Wilkinson who is an official Overwatch League analyst confirmed that Seagull is not lying and that Brigitte is indeed going to appear in the next Overwatch League stage.

As previously mentioned, Brigitte was nerfed at the same time that Hanzo got his “Scatter Arrow” ability removed. Therefore, the Brigitte pro players are going to receive is the one all players got to test at launch which means that she is a bit overpowered.

Brigitte is known for being super powerful against tanks and considering the fact that her auto-attack and stun duration haven’t been nerfed, we think it’s safe to say that Brigitte is going to become a meta pick.

It’s going to be interesting to see in what type of compositions pro players are going to choose Brigitte, but the champion is undoubtedly going to change the meta. The addition of Brigitte to the Overwatch League Stage 4 will also influence how normal players strategize because everyone looks at what the pro teams are doing and try to use the same strategy in their Competitive games.

Another thing we need to mention is that Blizzard’s decision to not include the new Hanzo is a good one. The reason we are saying this is because the new Hanzo is considered to be super powerful because of his new-found mobility and throwing him in the pro scene before anyone had enough time to get used to playing against him and creating special compositions in order to shut him down is not a wise thing to do.