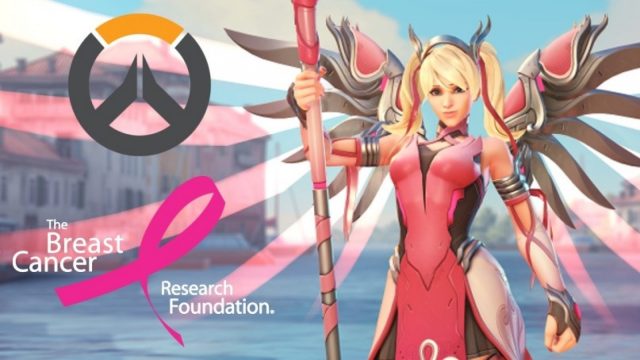 Blizzard is one of the world’s biggest game developers with huge titles under its belt such as World of Wacraft, Diablo and Overwatch. It seems like the game developer wants to use its player base to help fund breast cancer research.

The reason we are saying that is because Blizzard just kicked off a new event where Overwatch players can donate money and receive a unique Pink Mercy skin in exchange.

The Pink Mercy skin will be rewarded to every player who donates $15. Blizzard promised to also donate a minimum of $250,000 itself. The event is available until May 21st and the unique Pink Mercy skin is not going to be available anymore after that.

As previously mentioned, Blizzard is going to send a Pink Mercy skin to every Overwatch player who donates $15, but that’s not all. Blizzard is offering a limited-edition Pink Mercy t-shirt for players who donate a minimum of $30.

Things get even better than this since Blizzard is also giving every player who logins the game during this time period a special player icon and four cool in-game sprays that can be obtained by watching charity streams.

We need to mention that Overwatch fans who are looking to get the aforementioned in-game sprays need to link their YouTube and Twitch account with the Battle.net app so that Blizzard is able to recognize that they’ve watched the streams. Overwatch fans can check this website for information about what Blizzard supported streams they need to watch.

Blizzard promised everyone that all profits its going to make through the charity streams and Pink Mercy skins are going to be donated to breast cancer research. This is not the first time that Blizzard started a charity campaign since it did the same thing in World of Warcraft and Hearthstone as well.