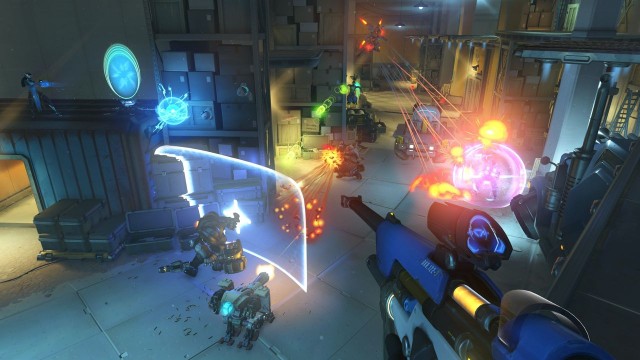 Overwatch is the first multiplayer first person shooter video game that has been developed and published by Blizzard Entertainment. The game was released back in May 2016 for Xbox One, PlayStation 4 and Windows PC.

Well, if you play this game on PC, then we have some good news for you, as according to Blizzard, the Overwatch servers for PC will be able to support high bandwidth across all modes. In other words, gamers whot like to play with high-speed heroes in this game will be satisfied with the new tick rate.

However, keep in mind that even if the Overwatch’s servers will be updated, it will still depend on the player’s internet connection speed. In other words, the update will scale on how fast the client refreshes, based on the internet speed. However, it is good to know that there will be an option that will allow you to adjust this rate manually, but it will be added in a later patch.

The Overwatch PC players worldwide will start receiving the high bandwidth update starting today, but keep in mind that the full process might also take weeks. For now, it is not sure when this new option will be released for Overwatch on Xbox One and PlayStation 4 consoles.

When Blizzard will release more information about the Overwatch update for Xbox One and PlayStation 4 we will let you know!

Are you playing Overwatch on PC? Tell us your thoughts about this new update that has just been released by Blizzard!