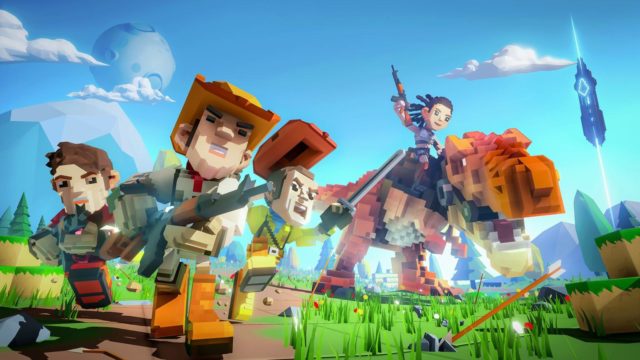 PixARK, the combination between ‘ARK: Survival Evolved’ and ‘Minecraft’ will be launched on Xbox One, PC, Steam, PS4, and Nintendo Switch.

PixARK, the mashup between ‘ARK: Survival Evolved’ and ‘Minecraft’ will be available for PC users and Xbox One gamers this March, while the PlayStation 4 and Nintendo Switch gamers will have to wait until the end of the year.

PixARK is a crafting and adventures game similar with ‘ARK: Survival Evolved’ but with the renown voxel-based buildings and characters of ‘Minecraft’.

The developer behind PixARK, Snail Games USA, has already released a trailer in which it is clearly shown the fact that some of the creatures and equipment from ‘ARK: Survival Evolved’ will be present in the new game, plus some new ones, such as cyclops and pandas.

The studio revealed its intentions to put in the game more than 100 creatures for the gamers to train and ride on open-world maps that will be underground, above the ground, or underwater.

This spin-off of the ‘ARK: Survival Evolved’ is not the first one to be announced but it is the first that will actually emerge on the market. Another spin-off, ‘ARK Park’, a VR-Based game, was announced for 2017 for the HTC Vive but it still appears as ‘Coming soon…’, with no further information on the project.

In the meantime, ‘ARK: Survival of The Fittest’ is on shelves, while ‘ARK: Primal Survival’ has been published but not before the developers twitched the game to allow players to play with a new dinosaur.

PixARK supports single-player gaming as well as multiplayer gaming on official and private servers. The developers plan to test some experimental features and technologies during the early access interval on PC and Xbox One.

In conclusion, the idea of combining two successful games, ‘ARK: Survival Evolved’ and ‘Minecraft’, into a single one, ‘PixARK’, sounds great from the beginning. Moreover, the trailer and the pics the developers have published show that PixARK will be, for real, an interesting crafting-adventure game.