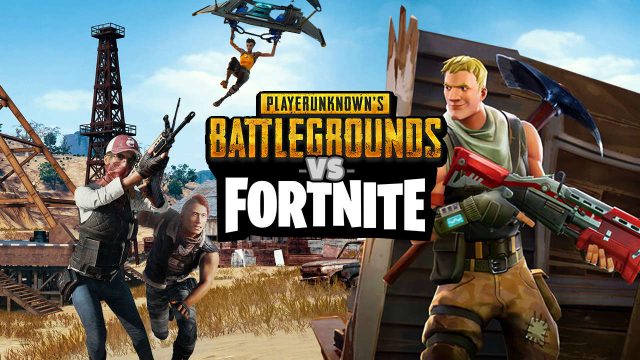 Just a couple of weeks ago, both PlayerUnknown’s Battlegrounds and Fortnite: Battle Royale were not yet available for iPhone or iPad in the U.S. or Canada. Luckily now, both games are available and since their arrival, they started a battle for downloads and players.

Both PlayerUnknown’s Battlegrounds and Fortnite: Battle Royale are very appreciated and popular among the fans of the battle royal type of games.

However, by now, Fortnite looks to be much more adaptable to the iOS system in comparison with PUBG.

For the moment, you’ll only be able to play against other iOS gamers, unless you’ll be invited in a group that unites players of the games on other platforms, such as PC, Mac, PS4, or Xbox One.

PlayerUnknown’s Battlegrounds and Fortnirte for iOS – Are they Having The Same Success As On Consoles And PC?

The Chinese giant Tencent, which distributes PUBG in China, is at the origin of this mobile port. The goal is of course to seduce Chinese players but also those around the world.

Unlike the PC and Xbox One versions, PlayerUnknown’s Battlegrounds for iOS is offered for free, as it is Fortnite, on the other hand, and possess the same features and the same gameplay as the basic PC game.

PUBG for iOS is already at the top of the list of App Store in the US and Canada.

Fortnite on iOS is actually a cross-platform, being also playable against PC players or consoles players. It has already allowed its creators to score $1.5 million in just four days after its release, thanks to the microtransactions they implemented.

Enough to say that the release of these two behemoths on smartphones may upset the mobile gaming industry.

Both are great games technically speaking since they bring great graphics, good gameplay, plus that allows up to 100 players to compete on a huge map.

Besides, both PlayerUnknown’s Battlegrounds and Fortnite: Battle Royale work surprisingly well if played, of course, on a decent device.